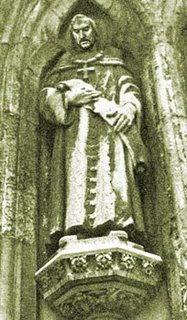 I remember playing Statue Tag when I was a kid. Whoever was "it" turned there back to the other players and counted to ten while they approached from a few yards away. When "it" turned around everyone had to freeze like statues. This happened until someone eventually tagged the person who was "it" and everyone ran back to base. If "it" caught you, you had to be "it."

In retrospect, "it" was a stupid game.

I am an adult now and I did find a new way to play statue without dealing with any issues with pigeons. Plus I don't have to be a mime, either. 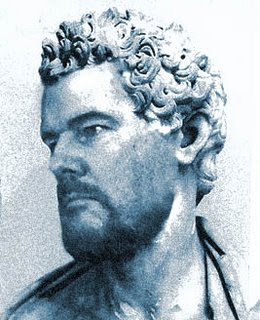 These photos were originally of statues I saw when I was in England about 15 years ago. A couple were taken at Salisbury Cathederal and the one above is from the British Museum Greek section. 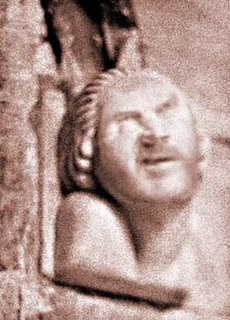 In case you are curious, here is the chimera before I became one with it. 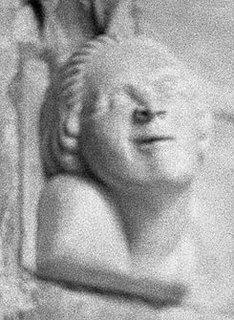 I didn't know the British Museum had a Geek collection; you really lucked out!

I would totally be into the geek collection.

That last one is just creepy.

We played "freeze tag". Your statue game is kindof of a cross between that and "red light green light". Throw in a bit of "red rover" and you can count me in.

Kristy,
Feeling better I see. But once again must point out that people who live with sock monkeys shouldn't needle people.

Shandi,
The geek collection is Paul Allen's Jimi Hendrix Museum at Seattle Center. The last one is my favorite. The original chimera was a bit more friendly looking.

I do remember the games we played as kids being pretty darned fun and we didn't require the latest $50 game cartridge either. It used to be comforting to me to hear the cry of "olli olli oxen free" on a nice summer day. I haven't a clue to this day what it means.

We played freeze tag all the time but it was called Gouls in the Graveyard, hehe!! Must be an East Coast thing. My kids play flashlight tag almost every night. Now that is a weird game.

The pictures are amazing. You are very talented with the photoshop. You could give lessons.

Cherish,
Gouls in the Graveyard has a nice creepy ring to it! I like it. As for the photos, as I told Shandi months ago, it's all about layers. Once you figure them out, the rest is easy.