Does a bear blog in the woods? 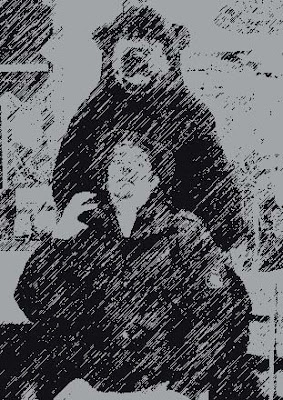 This is of course, not a real bear. We were on an Alaska cruise and this was a lifesized stuffed bear in a gift shop. Had it been a real bear, Tess would likely have not had time to snap the photo and I might have been a bit more animated.

I did encounter a real bear years ago on a backpacking trip in the Sawtooth Mountains of Idaho. I was with my oldest brother. We rounded a bend in the trail and caught sight of the south end of a northbound bear. As with most bears, it really didn't want to encounter us anymore than we wanted to encounter it.

But as usual, I digress.

The photo, which I have cleverly turned into a drawing via the magic of Photoshop, is a perfect example of creative posing. I do this a great deal because I am rarely comfortable with people taking my photo (though after 14 cruises you would think I'd be used to it by now). 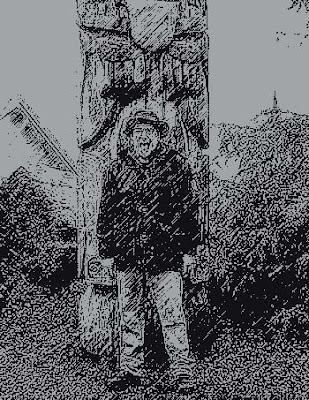 Case in point, the above image is me in front of a totem pole. I was using restraint. Normally I would pose pointing at the object I am standing next to.

And here I am posing with Poppy: 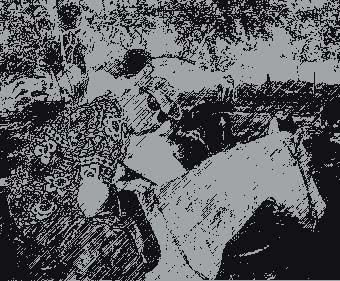 Actually I was sitting on Poppy. I believe this was in Belize. Poppy had one ear that appeared to have been chewed partially off by another horse. He seemed okay with that, though and I didn't dwell on it.

And here is Snappy: 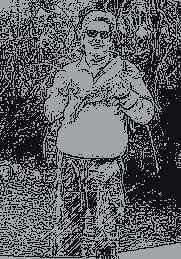 Snappy was a baby alligator at a tourist trap in the Everglades that you could hold and pose with for $3. Of course, you could also then buy a shirt that said, "I held Snappy" for another $20. I declined. Snappy seemed very resigned to his lot in life. I think he was just taking it all in, waiting for the day that he was six foot long and could extract payback for the indignity of it all.

Sometimes I pose with famous people: 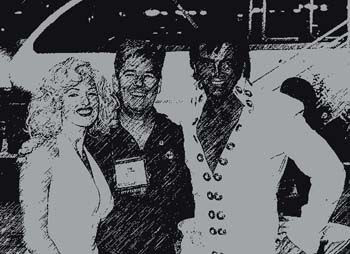 This was taken in Las Vegas at a public transit convention. To be honest with you, I don't think they were the real Marilyn and Elvis. Marilyn told me that Elvis' real name was Tim, just like mine. I told her we weren't related. I'm a silver tongued devil.

Here I am posing with Jim Hendrix:

Well, actually it is his memorial at a cemetery in Renton, Washington. It was a very nice memorial. Several Japanese tourists were there snapping photographs. I told them that I was Richard Gere. Somewhere in Japan I think my photo is up on someone's wall.

Here I am posing with a trash can in Disneyland: 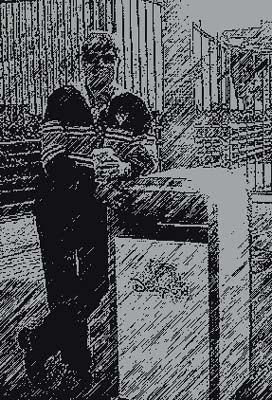 I have a whole series of these with different trash cans in each of Disneyland's "lands" and in California Adventure. But I'll save those for another blog.

And here's a rare photo of me simply standing in front of the Del Coronado Hotel in San Diego. We stayed there a couple of years ago. 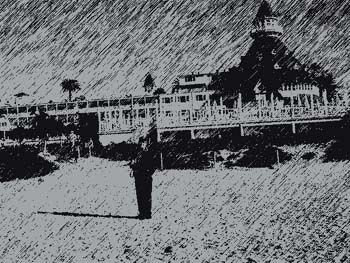 It is supposed to be haunted. We didn't see any ghosts, but it is a very cool old Victorian hotel. It was where they filmed Some like it hot with Marilyn Monroe, Tony Curtis and Jack Lemmon. This is particularly interesting since I had met Marilyn in Las Vegas (see earlier photo).

And finally, here is a photo of me posing on caboose on the aforementioned Alaska cruise. 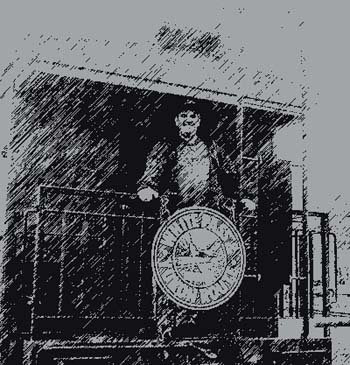 I thought it was an appropriate way to end this blog entry since, if you've been patient enough to endure these random images, you've probably been wondering if there was a caboose to this train of thought I'm riding on.

These are really cool shots. Looks like you have really gone on a lot of adventures. I'm really going to have to get "photoshop". Looks like fun. I checked out your wedding album. Thanks for sending me the link. Tess is just adorable. The two of you make a wonderful couple.
Thanks for the story about your REAL first kiss. You are a true romantic. It's funny how as a child, affection, teasing and violence all go hand in hand.

Thanks Shandi. Tess and I like to travel. It is cheaper than having children. And I think she's pretty adorable, too, thank!

Thanks for clarifying just how violent that punch was.
I have to admit...I hit a boy who tried to kiss me. In fact, I chased him down, grabbed him by the back of his jacket, pulled him to the gravel and beat the liv'n snot out of him. He never tried it again.
I should really practice this behavior more often.