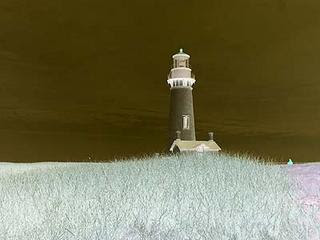 "I'm not your monkey."
--Jon Stewart (on the CNN program, Crossfire after being told to say something funny)

There was a juncture in my life when I had to come to terms with what I wanted to be when I grew up. It was a toss up between an artist, an astronaut, a psychologist or a writer. I was a bit too practical to go the artist route due to an adversion to starving and berets (though I do like to wear black). My eyesight before Lasik surgery sucked and I couldn't fathom joining the airforce, so that ruled out being an astronaut. I think I am emotionally screwed up enough to be a psychologist, but the thought of listening to people whine all day seemed too depressing to me.

So that left being a writer (though there was a point I was seriously considering repairing vacuum cleaners for a living). Being a writer kind of encompassed all of the other things I was tempted to do. As with being an artist, writing provides a creative outlet that can be channeled into a career that actually pays the rent (provided you are not set on being a novelist). You can write a story where you pretend to be an astronaut. And I'll be damned if writing isn't akin to having the biggest group therapy session in the world without paying $150 an hour.

But one of the downsides of being a writer, is being expected to produce work whether you are inspired or not. Being creative on demand is not an easy thing to do. I think this is the number one reason Creative Writing classes are a major crock of Shinola. There is nothing more damaging to the creative spirit than to be assigned a "think out of the box" essay in one thousand words or less.

Give me a break.

Having a journalism degree, does, however, train you to write without inspiration. It pretty much provides you with a formula to follow and just crank out crap when you have to. Slap the who, what, where, when and how into an inverted pyramid and you have yourself a story the average person can skim over.

The real challenge is when people expect you to entertain them. Or more precisely, the real challenge is when you think you need to write to enterain people on a consistent basis. Nothing leads to writer's block or creative constipation than trying to write what you "think" people will be interested in. For one, there is no single topic that will appeal to everyone. You can drive yourself crazy if you start looking for things to write about that you hope will please people. I think it was Ricky Nelson who said, "You can't please everyone, so you have to please yourself."

I can't believe I have resorted to quoting Ricky Nelson. But that is a perfect example of what I am talking about. I don't care if quoting Ricky Nelson is pitiful. Maybe it comes from experience. Maybe it comes from age. Maybe it's divine inspiration and a major epiphany that I had in my sleep. I have found that zone where I write what I want to write. Or at least in this blog I write what I want. I am not writing for a publisher, a boss, or an audience.

And who cares if it is random and boring crap. It's my random and boring crap. To be honest with you, it amuses me regardless of whether you read it or not. That is why you can often find me sitting alone on the bus chuckling to myself (not unlike my dear departed Uncle Ira who used to sit in his room alternately laughing and then muttering that the Red Chinese were tunneling under the house to get him). 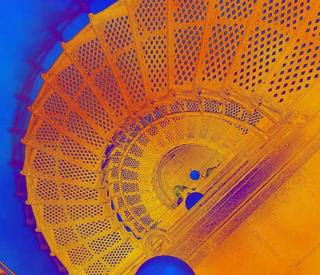 I guess this diatribe stems from a blog entry I read on I have 2 Belly Buttons. I guess it is my way of trying to say to Shandi that we all battle with blog burnout and frustration at what the value of what we are saying is. But in my humble opinion, the point of blogging is simply to express yourself and write for writing sakes.

But if anyone wants to send me cash, I'll accept that, too.
Posted by Time at 1:07 PM

And all this time I thought you were trying to entertain me. Seriously though, if this was just normal everyday boring crap, I wouldn't keep coming back. No, be assured that what you are doing is well written, witty and informative boring crap.

very well put! your words like peoms to my painful soul, oh, yes I shall remember this day....

with heartfelt thanks, and warm thoughts....

I'm stumped... (no pun about the wood)... but I can't seem to express myself here. Not sure my comment will be thoughtful or insightful. It might just bore you :)
Thanks for the great advice and the mention of my blog. I'm back out, btw. Those doldrums don't last long. Besides, I'm out of Frangelico.
You are a GREAT writer Tim.

As usual, I knew I could count on you to help me put my crap in perspective. Thanks.

JQP,
You crack me up.

Shandi,
Glad you are back. And thanks for the encouragement, Frangelico or no Frangelico.