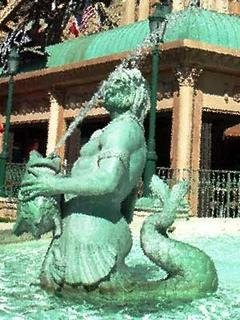 This is not a photo of a horned viper
Just for the randomness of it, I decided to open up the dictionary and pick the first entry I put my finger on and somehow work it into a blog entry. I figured this would be a great way to expand my vocabulary and hone my skills at random spewing of crap with the appearance that I have a clue what I'm talking about (some call this marketing). 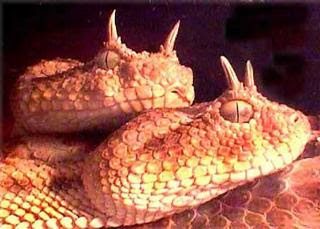 These are not to be mistaken for the Gaboon Viper, the largest African viper. And I don't know about you, but I really like the sound of Gaboon Viper. Sounds like a character Vin Diesel would play. "What's your name, scum?" the bad guy would ask Vin. He'd glance up without emotion and say, "Gaboon. Gaboon Viper." Then he'd beat the shit out of the bad guy.

But I digress. Back to the horned viper. For some reason it reminds me of something this mechanic I used to take my car to when I lived in Idaho would have used in a sentence. His name was Don and he owned Riverside Automotive. What was distinctive about Don wasn't his mechanical abilities, but his incomprehensible use of the English language. He spoke his own pecular Idaho dialect interspersed with every known swear word known to man. So if Don used the phrase "African viper" in a sentence, it would probably sound something like this:

We had better'n jimmy out them guddamned horned vipers offen the windshill afor it reins or youse ain't gonna being seeing shit orn Shinola out it.

He would then take a drag off the cigarette that dangled from his lip and then cough up something disgusting on an oil soaked rag. I kind of miss Don.

Oh well, enough about the African viper. Maybe tomorrow I'll wax poetic in greater detail about the Gaboon Viper. Or maybe I'll share the poem I've been working on about Thomas Crapper. So many ideas.

The world certainly is my oyster.

okay... you've proved that you don't need to fuss over the topics when writing. Well done!!

Good one. I like accents. I've got lot's of family in New England. Some very strong accents there.

Shandi, if I have inspired you to write about nothing, then my work here is done. Go forth and do no good.

Lights: I've always been fascinated my dialects as well. New England has some great ones. Stephan King has made the Maine accent famous. I particularily like Boston accents: Bee-ear, Bahhh, Cahhh. It's a New York accent that sets me off though. Someone from New York can say hello and make it sound like f-you.

Perhaps there is a blog entry in this.