Legend in my own mind 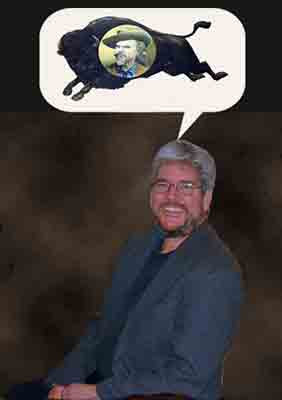 When I was a boy, I wanted desperately to be an astronaut. I watched Alan Shepard, John Glenn, Neil Armstrong, and Buzz Aldrin on our black and white television launched at the tip of rockets and walking on the moon. And I wanted to be them. Lately being an astronaut has dropped a notch in the legend category, but when I was a child they were truly legendary.

So being a legend in my own mind really isn't that bad of thing. Oh, and I really never wanted to be a cheese quesadilla, ambergris, or an omelette, but sometimes it's fun just to be a random object in my own mind, too.
Posted by Time at 9:34 PM

I have actually stolen some of those pics you refer to out of the plain fact I like them.

The person to whom you called you a legend in your own mind may wish to take a good look in the mirror.

It is truly nice to be important.
But it is more important to be nice.

Fuck done it again........ain't there a program that proof reads comments before ya press publish?

Whitesnake, Don't worry my friend. I always know what you are saying. You are a good soul. Just keep being you. Don't worry about the proof program.

At least the rent's cheap.

There ya go again. You found humor in another derrogatory statement. There's no better way to handle it. I think photoshop could actually solve most of our problems. Rather than walking around in another person's shoes, we should just photoshop our face onto their body. Might give us a new perspective.

of course, if we can walk around in their Manolos, that's better yet.

I do so enjoy cleansing my nasal passages with coffee whilst choking.
It perks up my day.

Hmmm...actually, T - you're not a legend in your own mind if you read the true definition of the word legend:

"Legend comes from the Latin adjective legenda, "for reading, to be read," which referred only to written stories, not to traditional stories transmitted orally from generation to generation....ever since the 15th century legend has been used to refer to traditional stories as well. Today a legend can also be a person or achievement worthy of inspiring such a story..."

Having clicked on so many blogs related to the Great Big Vanilla Incident of February '07, I would say that you have inspired more than one blog post, which would actually qualify you (according to the true definition) for Legendhood.

So, unfortunately, my fine friend -a legend by any other name is still - a legend. Enjoy it.

Kristy,
But the apartment is spacious.

Shandi, Yes, it is much nicer than the "and you are an asshole" I initially wanted to respond to him with.

Hayden, I don't think those come in a men's size 10 extra wide. Plus the heels are hard on my back.

Blazngfyre, Glad I could help. As another legend said, "Ask snot what your country can do for you." :)

Miss Bliss, I love it when people talk scholarly.

I took the gnome and he is gonna make an appearance on my blog sooner or later... you are a photoshop legend in my mind...

I simply MUST have photoshop!!

(come to thee by way of Shandi)

Kindness, I assume you'll be gentle with the gnome and not try to smoke him :)

Still Searching, Welcome. Photoshop is just one of many digital paths to enlightenment. Any photo software can achieve the same results.

Awwww, you smiled for me! [I'm just going to assume that was for me cause I'm a little legendary in my own mind too. :)] Thank you for the lovely smile!

Anna, I couldn't have you thinking I was grumpy all of the time and missing teeth :)

The problem with Photoshop is that it doesn't smell like a new box of crayons.

R. On the other hand you can't get Photoshop lodged in your ear or nasal cavity...well, not as easily as a crayon.