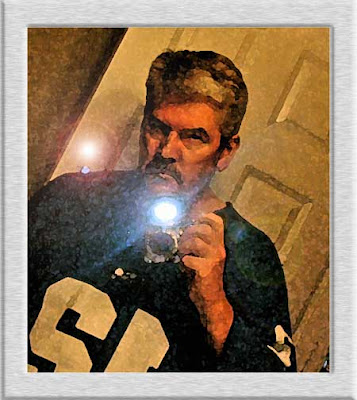 I have a tendency to size people up, categorize them and file that impression in my head. Once they are in a file, it is pretty hard for me to refile them. I'd say a good percentage of the time I've put them in the right file. But occasionally, when I get to know a person better I come to realize that maybe they belong in a different file or even more than one file.

I started thinking, hypocritical as it may seem, that it would piss me off if I discovered that other people classify and file me as well. Who wants to be generalized? After all, we are all multifaceted and individuals. But unfortunately life is too short and time is too precious not to segment people into categories to help manage our expectations of them. So I imagine I am pigeonholed the way I pigeonhole others.

I'm one of those firm believers that perception is reality. And self-perception is a powerful force. I know how I'd like to be thought of (or pigeonholed if I have to be). But I can also give you a list of character flaws a mile long (though I fantasize that I'm the only one aware of them). I hate the realization that, if I can see my flaws, so can everyone else. You can put a tablecloth over an elephant and pretend it is not an elephant but it is still an elephant. And lately my intense self-reflection (self-absorption and ego to some) has been pulling up the corner of the tablecloth and poking that elephant with a stick.

It is paralyzing to some extent to unveil the elephant, because the ability to act decisively depends a great deal upon having the self-confidence to forge ahead without tripping over self doubt. You have to believe what you are doing is the right thing.

I have never really fancied myself a leader. Throughout my life, however, leadership has been thrust upon me. Teachers were always putting me in charge of study groups, class councils, and science projects. I was a safety patrol lieutenant, president of the chess club in junior high and 9th grade president (I ran unopposed and won by a landslide). I was made a drum major in band in high school. But I learned being made a leader by school authorities and being accepted as a leader by peers are entirely different things. I wasn't comfortable with being a leader.

In my work life I tried to keep a low profile for years. Writing, after all, is a solitary profession. But I eventually had to accept that unless I became a best selling author, making progressively more money as a writer would require me to take on more responsibility. I progressed to managing projects and programs. Finally I was faced with managing people. And as I had learned in my school leadership days, being a manager and being accepted as a manager are very different.

In other words, unless you become a millionaire by winning the lottery, you never really get to do anything the way you would really want to do them. Even if you have a boss who is open to you expressing your opinion about the best way to accomplish something, you will more than likely be constrained by some corporate police, guideline or directive dictated by something worse than a manager who wants things done their way -- a committee. A committee is a group of people all wanting to do things their way at the same time.

What does any of this have to do with trying to keep that elephant hidden? A great deal. Being a leader at any level puts you under scrutiny by everyone above you on the org chart and everyone below you on the org chart. And unless you are the rare person who is liked AND respected by the people who report to you and the people who supervise you, you aren't going to fair well when people start analyzing, categorizing and filing their perception of you.

So the best I can do is take the table cloth off the elephant and admit I am not a perfect manager. Then at least they can pigeonhole me as honest. Though I still have the urge to cry out, " I am not an elephant! I am not an animal! I am a human being! I am a man (ager)!" 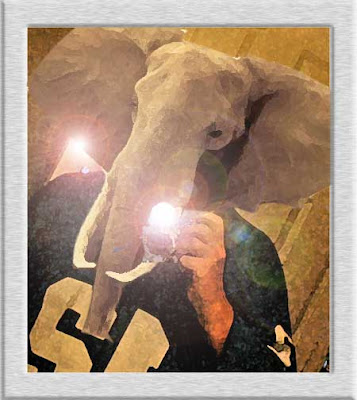 I think perception can certainly be confused with reality ... and, it is sad to think that one has to be careful of how they are perceived. Lesson I have had to learn the hard way. JP/deb

It's often quite enlightening when you hear someone describe the way they perceive you. I have by turns been pleasantly surprised and appalled by some of the perceptions I've had relayed to me in the past. Very few have matched my own view of myself which can be both a good or a bad thing depending on my given mood for the day.

Wanna know how I perceive you?

The whole "manager" thing does put perception at the forefront of my mind. I used to wonder how people perceived me. I would ask, they would respond with something about my being "artistic, thoughtful, and enthusiastic." Now as a manager, I'm realizing that others perceptions are largely dependent on how you treat them (or mistreat them). I had to write my first negative evaluation.

Above all else, I am honest and I honestly evaluated the work produced by someone as "average". He seemed to perceive me as an honest, likeable person before his evaluation, but now is perceiving me as a "hard ass". I haven't changed. I struggled through the process knowing that I was losing what was perceived as a "friendship". If I would have given this guy a raving review, I would have lost the respect I have earned from my boss. I'm learning, that as much as I want my team to like me, I want my boss's respect MORE.

What I have tried to do lately is be friendly during lunch, during breaks, before/after work. I act silly and crack jokes. Most importantly, I take an interest in the lives of my team and chit chat with them when I have a chance. But when it comes to business, all friendship aside.

Deb,
I think we all learn the hard way. But we are ahead of the curve if we actually learn that lesson.

Gypsy,
I dance like a chicken on a hot plate when people describe how they perceive me (but go ahead) :)

Shandi,
I think they call us middle managers because we are stuck in the middle between employees and our supervisors. On the bright side, we are ofen insulated from budget attacks. Those usually cut from the top or the bottom, but rarely in the middle.

Sounds like you are getting into the grove of being a manager, though. Maybe you can come up with a creative alterantive to rating someone "average" though. Maybe "excellence impaired." :)