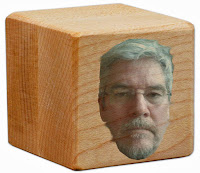 
My blog is usually my sanctuary. So it's a real bummer when I stumble in here for comfort and then stare at the screen or type the mundane.

I miss Harold Camping predicting the end of the world and the rapture. He could really inspire me to take pot shots at him and his followers. But he up and died with nary a hallelujah or how's your mother.

I could write about how vile Donald Trump is, but it is pointless. For some reason no one seems to care that he is the biggest baboon's ass that ever saw the light of day.

I used to take great pride in writing about harassing spammers. But my spam filter weeds out a good portion of the Nigerian requests to offer me large sums of money in exchange for my bank account number. Besides, technology being what it is, it is difficult to get an actual person to respond to e-mails anymore. The spambots have taken even the small pleasure of annoying third world spammers who have limited English proficiency with my spam baiting dialogues.

Ten years ago or so, when I had a pretty good group of regular readers/bloggers who commented and socialized via comments, I used to enjoyed themed weeks of posts like Wild West Week, Egyptian Week and Cheese Week (my personal favorite). But such things don't work with sporadic readers drifting in via Bloggers "Next Blog" feature. There is no continuity in a blog read by random strangers.

But looking at the bright side (with sunglasses on),  since I don't have thousands of readers following my blog waiting for the next witty post, it doesn't matter whether I write a Pulizer Prize worthy essay that changes lives or a self-engrossed rehashing of my bad day at the office.