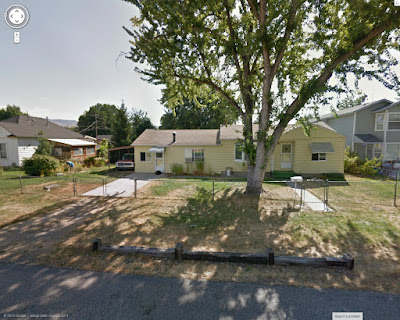 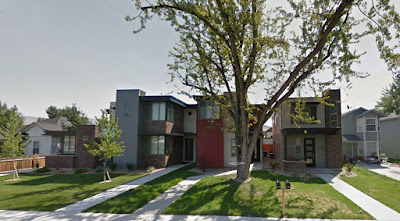 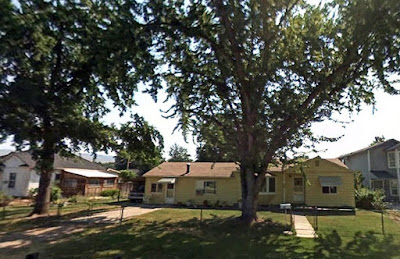 
Do the people who live in those four new houses have a clue as to what was there before. Do they think about kids from a half a century ago climbing that maple tree? I doubt it. I don't think of those things in the house I live in now with my family. But the layers of other people's lives are still there.

The house on the left in all the photos belonged to my grandparents. They moved there from Portland in 1920. I spent almost as much time there as I did in my own house. The property used to be all part of one large lot. My grandparents had it planted with apple and cherry trees. They also raised chickens in an old shed that my father later converted into a workshop.

When my parents got married in the early 1950s, my grandparents gave my father part of the land to build a home. The original house he built had two bedrooms, a kitchen and a small living room. There was one bathroom. There was also a partial basement that housed a coal furnace. One of the basement windows was once a coal chute that was used to deliver coal into a coal bin in the basement. I remember thinking the coal bin housed monsters hiding in its dark recesses. The monster was eventually banished by a newer oil furnace in the 60s.

The part of the house on the left was added on in the late 60s as well. The living room was converted to a dining room and a family room and garage were added. Eventually the garage was turned into a small study for my father after he retired.

There were other changes throughout the years. My mother was big on cutting down trees. Fortunately she never got around to cutting down the maple that remains as the only legacy that my family live there.

The important lesson for me out of this is that all places have a history, a story, that lives beneath the surface. Some are documented. Some are forgotten. But they all exist, layer upon layer in time. Occasionally the are preserved in photos and memories, like my childhood home. But photos and memories fade.

I just hope the layers live on somewhere forever.
Posted by Time at 10:08 PM