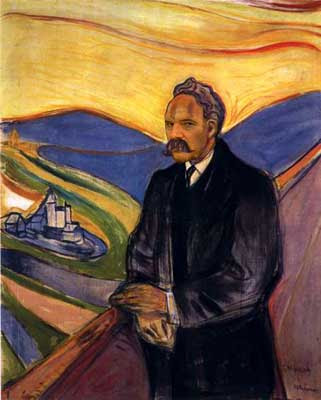 "What doesn't kill us makes us blog."
--Tim-zsche

Kat recently wrote a post called Spontaneous Combustion in which she suggested there should be some early warning mechnanism that would alert people if they were about to spontaneously combust. My smartass comment was that it wouldn't be spontaneous combustion if you knew it was going to happen. It would be predictable combustion.

I am a literalist at times.

This conjures up a scene from Monty Python's movie Meaning of Life in which a waiter urges an obese man to eat just "one thin mint" after he as gorged himself beyond his limit. Even after the obese man protests that he can't or he would explode the waiter continues to taunt him with the mint. He eats it and explodes.

I believe Kat's original point was that we all reach a point where we've taken on much more than we can accomplish and that a visible sign that we were at our combustion point would give is an out. But there is always someone who wants you to eat that one, thin mint.

I have come to the conclusion that my blog is the pressure valve that keeps my head from exploding. It is a vomitorium of sorts that allows me to purge myself of the stuff that is circling about in my brain looking for a way out. I think it is a good sign if you can blog about something. The alternative is to lay in your shower in the fetal position clutching a toilet brush and wait for your head to explode.

I just wanted to pass this pearl on to those of you who are suffering from blogger's block. Perhaps all your blog needs is an enema. You'll be so relieved when the words start flowing again.

No need to thank me for that mental image. Have a nice day!
Posted by Time at 8:19 PM

I wonder if blogger's block is like getting a case of the dry heaves?

Excellent angle Tim! Its when I turn the blog into work that it stops being my pressure valve. Amazing how much focus you find through this silly forum.

"Perhaps all your blog needs is an enema."
Why do I keep seeing Jack Nicholson and hearing "Batdance" playing over and over in my head????

JP,
I suppose that is better than a case of the dry runs. :)

Kat,
This is why I refuse to take money for blogging. Well, that and the fact no one has offered me any.

Blazngfyre,
Precisely the line I was thinking of when I wrote it. Because, riddle me this, and riddle me that, there's no one better than to quote a bat.

There are so many mental images going through my mind right now but I'm way too refined to elaborate. However, I do remember one night, long ago, laying on the toilet floor and hugging the toilet....oh, wait a minute, that had nothing at all to do with blogging or for that matter, this post. Sorry Tim, you just brought up one of those memories best forgotten...:)

PS Great post, despite the lasting images in my head. You're a funny man.

Thank you for vomiting all over me on a regular basis.

Angel,
Inspiration comes in many forms. If hugging the toilet works, more power to you. :)

Anna,
All writers eventually regurgitate. I like to think of mine as unique, however. I'm glad you enjoy it. :)

Heh. It was a two flusher!

bet ya was spewing to write that!
And barfing at the bit!

Shunder from downunder!
Seattle Battle too!

Predictable combustion, nice one. I'm picturing a home test kit like for diabetes. Just prick your finger several times a day and you will be able to avoid bursting into flame at an inconvenient time.
Of course I can't really think of a time when it would be convenient to burst into flame.

so what happened, did you send out the clowns?

Don't bother, they were here...then they combusted.

your unrelenting hostility provided the spark, no doubt. poor clowns. i bet they never saw it coming. one minute it was time for see-saw fun, and the next, nothing but a bad smell in the air.