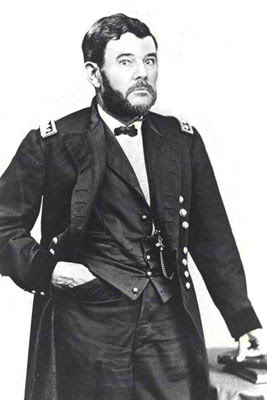 I was watching the History Channel yesterday while I was working out on the elliptical machine. They were rerunning the World War II series from HBO: Band of Brothers. It is a pretty decent series that was created by Tom Hanks and Steven Spielberg. It is more about the human condition than about war.

Anyway, this particular episode featured a First Sergeant who was saddled with a commanding officer who couldn’t make a decision for the life of him. Actually he couldn’t make a decision for the life of his men. He froze half way through a frontal attack on a town held by the Germans. His men didn’t know what to do. Finally, the CO was relieved of command and a decisive young Captain was sent up to take over. They charged ahead and captured the town.

I guess the question is, do I make the right decisions?

No always. But the art of decision making is simply to act. If it is the wrong decision, you make another one to correct the course. It’s not rocket science. It’s not even honors math. When faced with several courses of action, choose the best one at the time. The important thing is to keep moving and not be frozen by indecision.

Oh, and be sure and run in a serpentine pattern, too.

Making decisions is the bane of my existence. I am one of the worst procrastinators I know. Trouble is, I've made so many truly awful choices that the thought of making another one is what holds me back from making any decision at all. I'm a bit tragic really....

There are few things in life which cannot be improved by running in a serpentine pattern. At least that's what I've been told. I can't decide whether it's the truth.

Sounds like you had a very nice 4th of July. I didn't do any fireworks myself. Luckily, there's a country club a couple miles behind by house that does a very impressive display every year. I have to sit on top of my stepladder to watch but it was still pretty cool.

Isabella,
All the more reason to decide to decide. Even a bad decision is a decision.

Lights, my indecisive friend, always the social climber, aren't you?

However, no one could ever accuse me of being indecisive.
No, I'm good at making decisions and sticking with them.
Sometimes, to my detriment.

Just don't ask me to choose a restaurant. I suck at that.

I watched a video on ted.com that addressed the link between creativity and the ability to make decisions. He suggested that all of it stemmed from a fear of failure. This particular speaker (and I can't remember his name) but he suggested that our education system teaches the creativity out of our children. We teach them only those skills that can result in employment (the top being math and language) and in some schools, completely ignore things like art and dance. We then rate them on test scores that translate to just how "marketable" that person will be. So, oftentimes we punish creatively gifted students with poor academic scores. Hence, we have produced indecisive people who are afraid to make mistakes. The most creative people are those that are unafraid of failure. A new idea will come along if this particular one fails.

I'm not surprised that your are decisive. You're a pretty creative person. And... I would say that the pattern of your blog is definately "serpentine".

See, this is why I haven't been posting comments lately. I've read over this several times and EVEN I can't understand what it is I'm saying. Look, the dude on TED said it much better.

That is what make some people great!
Like you said mate, make a decision even if it is wrong!

I think most people don't what to be seen as failing.....

As long as a restaurant serves wine, it is the right one.

Shandi,
I had never heard of ted.com until you mentioned it (other than my brother Ted the born again). After you offered up the link as the pathway to enlightenment, people started sending me Youtube videos of Ted speakers.

I can see how fear of failure could cause paralysis. I think it is sad that reading and math are the main subjects they teach anymore. Although they are important, there are other equally important things in life...art and music for example. Without them I would have been lost.

You made sense to me. Does this mean I have to start calling you Ted?

I first learned of TED from netflix. I watched the 2006 conference. Absolutely amazing. I wanted so badly to attend but apparently it's a very exclusive event and tickets cost several thousand dollars. They've already closed registration for 2008. I've been addicted to Ted.com since then and have been absorbed with it's speakers.

But... I get to go an amazing conference in September. I'm going to Washington D.C. for the Atheist Alliance Convention. There will be some of the same speakers that I've seen on TED (Richard Dawkins and Dan Dennett).

Glad I alerted you to Ted. And... with your recommendation, I've requested "Kinky Boots" from netflix. :-)

Shandi,
I never really recommended Kinky Boots, I just dreamt about them :)

Often people think that individual decisions are far more important than they really are. The important thing is to decide, keep moving, and be ready to correct course. The serpentiine thing, however, is genius.