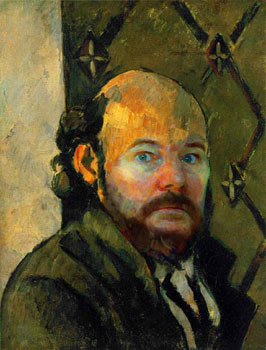 I admit it. I pretty much lock in an impression of a person when I first meet them. And once it is locked in, I don't let go of it very easily. Most of the time, I am pretty dead on. It does save time. I don't have to "get to know" a person before I realize I don't want to.


Case in point, I was standing at the train platform this morning waiting coincidently enough for a train. There was a guy standing there talking on his cell phone loudly. That was strike one in the first impression scorecard. He had an East Coast accent…I’m guessing New York. That was strike two. Finally, judging by the conversation he was sharing with everyone within 100 yards, he was one of those guys that is an expert in everything. Strike three, he’s out of there.

The guy finally got off the phone and immediately struck up a conversation with another man who was obviously not the astute judge of character I am. So as the train pulls up, the blowhard who I’ve nicknamed in my head, “The Talking Sphincter” begins pontificating to the other man about the number of cars on the train and why the equipment is arranged in a certain way. I listened and shook my head. I work for the agency running the trains. And the guy was so full of BS that if you squeezed his head there would be brown stains on the ceiling.

So I quickly file this guy as worthless and eliminated one more person on the earth I need to be concerned with. Judgmental you say? Overly critical and petty? Maybe. But I’m willing to bet most of you would be ready to set yourself on fire if you got stuck sitting next to the guy on the train and he started explaining how he invented electricity and sliced bread.

Life is too short to endure boring and pompous people. It’s as simple as that.

Wait, where are you going? Come back. I really am pretty interesting.

Shoot. There went another one.

That head squeezing visual was a little much to handle so early in the morning.

I tend to be about as judgemental as you and if some undesirable approaches (which they often do - I must be a loser magnet) I sometimes pretend to not speak their language. It seems to be the easiest and least confrontational approach.

yep, I do the same thing. you can tell a lot from the eyes, and if they're helping by yelping away on a phone.... well, time to run!

Anna,
But very descriptive, you have to admit. :)

Hayden,
I try not to make eye contact with them. It seems to open the door to a conversation.

"Life is too short to endure boring and pompous people. It’s as simple as that."

Sounds simple, but sadly, not as simple as it should be.