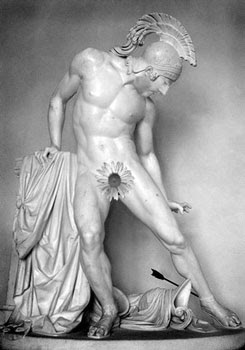 I had another ephiphany today. One of my downfalls as a writer...and as a person in general...is my adversion to criticism. I don't take it well. I absorb it and dwell on it obsessively. And too often my reaction to it is to projectile vomit right back at whoever is providing me with the criticism.
So I go out of my way to try and do everything right so I can avoid criticism and the emotional anquish it causes me. And since no one can do everything right (except in their own head) I still get criticized. And I take it even harder since I go out of my way try and avoid it by doing the right thing.
This makes my life quite challenging at times.
This ephiphany came after readying Kat's blog post about writer's groups and what other people's experience has been with them. It became crystal clear to me when I tried to formulate a response to that question, that I avoid writer's groups and creative writing classes like the plague because I can't stand criticism. My response when someone tells me how they would have written some passage I've written is generally visceral: "Well good thing I'm not you, then, isn't it?"
When I was younger, I used to think I didn't like criticism because it was always unfounded. I would do extremely complicated mental gymnastics to justify my rightness even in the face of evidence to the contrary. If someone couldn't see the genius in what I was doing or saying, then they were an idiot. As I've aged, I realize that isn't a position that endears you to people. But it is a hard habit to break. It is so much easier to always be right and know everyone else isn't.
Though now that I know that I'm not always right, I am facing this crisis of confidence wondering if I ever was right and ever will be. I realize rationally this isn't any more realistic than thinking I'm always right. I imagine, though, that it is an offshoot of my theory that the older I get, the less I know.

BTW, I'd tread lightly if you have the urge to question something I just wrote here, asshole.

I can't think of one single time, even though I edit for a living now, that I've ever told a writer "I'd write it this way." What an interesting person you are Tim, so hard on yourself.

Kat,
That to me is the difference between editing work and critiquing it. Editors are trained to correct technical flaws. My experience with other writers critiquing work is that they want to put their stamp on it or rewrite it.

My experience with writer's groups, however was decades ago in college. In my real world job, I wrote and write all the time and have it ripped to shreds by committees. Blogging started out as my vacation from critics. But if I ever want to get published, I suppose I'll have to be open to criticism of even things I write for fun.

I suppose I am hard on myself. Self-depreciation seems to be another one of my mechanisms designed to beat the crtics to the punch. :)

But thanks for inspiring an ephiphany.

If someone says "This is a piece of shit" without any sort of reason why then it is not constructive criticism. I take it personally.

If someone says "I'd do it this way... yadda yadda" then I consider their suggestion then accept or reject it. No feelings necessary.

I want to be right. If I am wrong I want people to correct me so I can be right.

Finally, a masthead that truly is a "Disgrace" land.

Excellent writing here Tim. I wouldn't change a thing ;-) You've made me analyse my own motivations here in blogging and my own adverse reactions to criticism. Unless asked for, I see criticism as a personal attack and I tend to obliterate that person and any access they may have to my life. Hence the reason I've made my blog private so many times. I can't deal with it! Yes, it is a flaw in me but I have not yet reached a stage in maturity where I care to correct it. This would require humility. Once I go down that slippery slope I may never recover the arrogance I currently enjoy.

I also react harshly to criticism of those I admire. I have already determined that you are one of the most brilliant writers and creative photoshoppers that the blogosphere has to offer. I didn't reach this decision in haste. I've been reading you for years. I've sampled other flavors and have decided that I like vanilla more than any other. You may feel the need to be humble here (another quality in you that I must admire) but let me assure you of something. You have ALWAYS been right and ALWAYS will be. I know this because I am ALWAYS right. It is the side-effect of arrogance. You should try it. Feels wonderful!

R. Probably a healthy perspective. If I am trying to put a square peg in a round hole over and over without success, I would want someone to correct me. Of course there is always the chance that the edges of the square peg will wear down after repeatedly jamming them in a round hole. :)

Shandi, How can I argue with such a brilliant comment as that :)

Ironically, people rarely criticize my blogging. This might have something to do with so few people reading my blog. My primary critics hover around me in my professional life. The beauty of the blog is that I simply delete any negative comments and go on with my stuff. If it were only that simple in real life.

Hold on to your arrogance as long as you can, my friend. Nothing great is achieved if you don't believe you are right (even if you are wrong). And as far as I know, the only time I have ever criticized you was when you said Duets with Huey Lewis was a good movie. :)