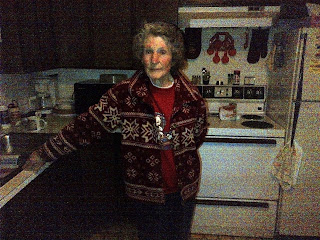 Yesterday marked the seventh anniversary of my mother's death. I didn't remember it until some things popped up on Facebook today. I haven't really noted the anniversary from year to year. The last time I wrote about it in my blog was a year after she died.

I noted then that I didn't think the day a person dies should be the key thing you remember about them. It isn't something I put on the calendar. Like I said, I wouldn't remember the exact date unless Facebook wasn't so persistent about reminding us of things.

I couldn't tell you the day my father died either. I wasn't there so it wasn't quite as traumatic as when my mother died. And my father has been dead for 28 years. A lot has transpired since then.

I'm not good with death. I suppose no one is, but some people seem to handle it better. I mainly just shut it out. Oh, I can go through the motions. I can go to memorial services and be stoic and sympathetic. But I don't like death. 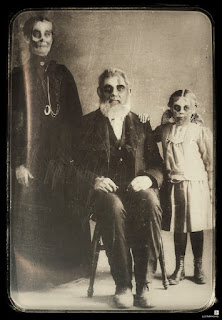 Part of it is my age and facing the realization that I have a lot fewer years ahead of me than I have behind me. And I know it will eventually happen. I just don't know what will happen. I mean, nobody really does.

I never really had any sense that either of my parents left any part of their spirits after they died. I occasionally still dream about them. More often I have dreams about the house I grew up in. Those dreams are often stress dreams accompanied by frustrating things like not being able to lock a door or shut a window in the house. I never liked unlocked doors or open windows.

I know some believe that by remembering departed loved ones we keep their spirit alive. Or is it just keeping their memory alive? And are we doing that for us or them?

You know, a part of me was always a bit disappointed...well, maybe a bit angry too that my parents didn't communicate with me after they died. As parents, that would seem like something you'd want to do. You'd want to reassure your children that it was okay. Everything was okay and would be when I died, too.

Apparently it doesn't work like that. It's one of those things you just have to face alone. But more than anything else, I've longed my whole life for someone or something to comfort me and tell me that everything would be all right. But I imagine everyone feels that way on some level. So it pretty much negates the possibility that anyone can tell you everything will be alright when they are waiting to hear the same thing.

And so once again I am that philosophic dog chasing his cosmic tail.
Posted by Time at 8:48 AM