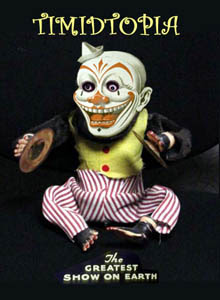 Boise didn't get many circuses, but we did have the state fair and with it, carnivals. And to this day, my favorite part of any carnival is the sideshow.

Oh, some of you will say you like the rides, but I had an unfortunate experience on a ride called the Zipper as a child that involved reviewing the contents of my stomach over and over until the ride stopped. Let me just say that a corn dog looks better going in than coming out.

Yes, it was the sideshow that captured my attention the most as a child. I loved the garish signs and painted canvases promising oddities and unique acts like human pin cushions, fire eaters or a sword swallowers. 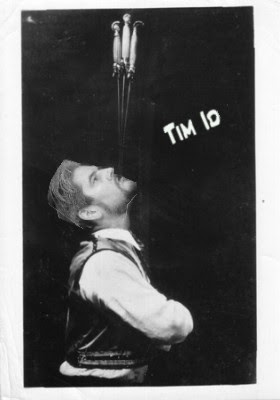 But it was the freak shows that truly fascinated me. Or at least it was what they promised. 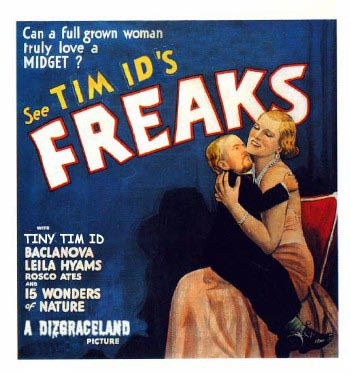 Dispite my parents admonishments that everything was fake and it was a waste of money, I'd be lured by the promise of getting a glimpse of the human spider, the x-ray man or the inevitable two-headed calf (growing up in farm country seemed to keep a ready supply of two-headed calves on hand). Most of the time my parents were right. My fifty cents would usually buy me a glimpse of a jar filled with fetal pigs or a shadow behind a screen that may or may not have been a giant spider with a man's head. But occasionally, just occasionally, you'd see something really bizarre. 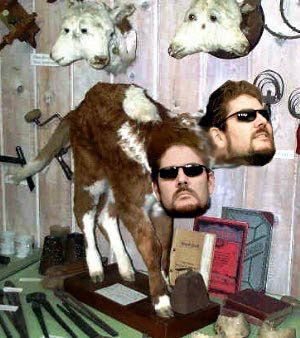 Anything is possible in Timidopia!
Posted by Time at 6:35 AM

I love to go to the Ripley's exhibits. I love the books, pictures, and movies.

So, does the Mank know you are altering pictures of him. He's pretty sensitive and prone to flinging bodily excretions. I wouldn't upset him if I were you.

Kristy,
I don't know you very well, but something tells me that speechless isn't a common thing for you. :)

Cherish,
Yes, I've been to Ripley's museums on the coast here a few times. Pretty cool.

Lights,
You forget Mank hangs around with me. What makes you think that photo was altered. He likes to clown around as much as the next monkey.

"Anything is possible in Timidopia!"