They call me mellow yellow... 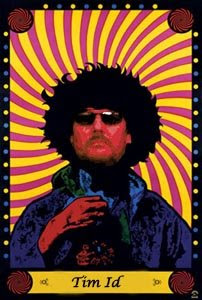 Bananas are old. Some people claim it was the banana that got Adam and Eve thrown out of Eden, not the apple. This would make a lot more sense. But, I'm not taking sides.

The word "banana" comes from the Arabic word "banan", which means "finger." India leads the world in banana production, providing almost a quarter of the world's banana crop. Alexander the Great ate his first banana in India in 327 B.C. He may or may not have said, "These are great," thus earning his nickname. I'm not taking sides.

It is a well-know fact that Elvis loved peanut butter and banana sandwiches fried in butter. The sandwiches are very good. I wonder if he ever considered making the sandwiches with banana bread. That sounds pretty good, too as long as there are no nuts in the banana bread. There is no evidence that Elvis ever tried to smoke banana peels. But I'm not taking sides.

I have never seen anyone slip on a banana outside of a cartoon. It is possible it could happen. But I'm not taking sides.

Woody Allen did a 1971 movie called Bananas. I believe it was about a Banana Republic (not the trendy clothing store). I do not find Woody Allen films appealing. But I'm not taking sides.

Children sometimes say a rhyme that uses your name and the word 'banana.' It goes something like: Tim, Tim bo-bim, banana bana bo-bim. Fee, fi, fo-fim...Tim. It pretty much works the same with anyone's name. It gets annoying after awhile. But I'm not taking sides.

I once bought a souvenir plastic harmonica in Reno that was shaped like a banana. It seemed odd to me at the time that anyone would want a plastic, banana-shaped harmonica that said "I lost my ass in Reno." But I bought it anyway. Because I didn't want to take sides.

These are all facts about bananas that have no hidden meaning meant to oppress anyone. No monkeys, mechanical or otherwise were involved.

But I'm not taking sides. 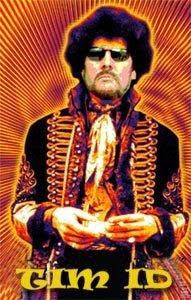 ummmmmmmmm (thinking here) Tim id .. do you ever take sides?? or is it just the banana issue that leaves you fence sitting???

Morningstar
I don't have an opinion about that.

Show me a man with fingers shaped like a banana and I'll show you a guy that I WOULD allow to opress me.

Shandi, I can't quite put my finger on it, but some might suggest a bad experience with fruit at some point in your life. I'm not taking sides, however.

I should note Shandi asked for this...

Unfortunately I have misused bananas in the past. However, I do believe I completed the full gynecological residency requirement after an overripe banana incident required me to spend the better part of an evening (that was intended to be a romantic interlude with an incredibly lovely woman) fishing the blasted thing out.

Mickey, Mickey, Mickey...I think banana failure falls under the TMI category, but I still won't be drawn into this debate.

Tim, are you running for congress, or worse, for president? Is the monkey your campaign manager? By Bob, I think we have a winner here! However, I am not taking sides.......

THE Michael, You make many good points here and you honor me with your candor. However I am not ready to commit to an opinion about your position at this point.

This has turned into a very fun little conversation.

It's times like these that I'm glad I have an imagination. Mickey's banana story is priceless. Next time, try cucumber. It doesn't dissentigrate upon contact.

See Tim, fruit is soooo much more than just fruit.

But sometimes a banana IS just a freakin' banana.