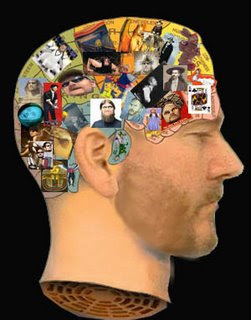 I'm fixing a hole where the rain gets in
And stops my mind from wandering
Where will it go
--Fixing a hole, The Beatles

I believe I share his uncanny ability to write 600 words about anything. I proved it back in June of last year when I blathered on about the horned viper and I had never heard of the horned viper until I opened up a dictionary to a random page and chose the horned viper as my subject (it too, was an uninspired blogging day). Not that I counted the words. I’m sure there were at least 600 words. It takes discipline though, to write a specific number of words.

Oh, I suppose it is kind of a cop out to write about your ability to write anything about 600 words. Though I don’t think it is as big a cop out as writing nonsensical, convoluted logic about only wanting what we already have. I have to admit, that was pretty lame. I shouldn’t use the word “lame.” I was chastised several years ago after using the word “lame” as in “lame excuse.” I was informed that I was making fun of people with disabilities by using that term. I really don’t think It was, though.

But I am digressing. I do that a lot. Ask Lights in the Wake.

I guess writing about writing about anything isn’t as big as a cop out as not writing at all. But then again, I’ve been writing professionally for almost 20 years, so it really doesn’t take me much time to write in my blog everyday. The digitally enhanced images I’ve become so fond of (and THE Michael seems so down on), however, do take a bit of work. And come to think of it, a picture is worth a thousand words, so I really am ahead of the curve whenever I include an image in a blog post.

I wonder why they call them posts. You don’t put them in the ground. Oops…digressing again. Focus is the key in cranking out 600 words about anything. I suppose focus is the key in doing anything that requires focus. But then again, I do wear glasses, but just for reading now. I had that Lasik surgery about three or four years ago. I had worn glasses since I was 14 years old. It is quite the miracle. It doesn’t really help you focus on writing 600 words about anything, though. That takes training, experience and appreciation for words. And I do appreciate words. They fascinate me. But they also baffle me at times. For example, why does a rooster crow, but a crow doesn’t rooster?

Oh well, what’s important about writing is understanding words and how they are strung together into coherent sentences that sound like they mean something meaningful. And when you are writing 600 words about anything, you have to be able to stop when you reach exactly 600 words and not one more.
Posted by Time at 12:28 PM

BTW: your ass looks great now that you pulled those 600 words out.

Shandi, BLUSHING...you really think so? I mean, I could stand to lose a few more words, but I have been blogging out a lot. Hold on, just let me slip into that Speedo... :)

Yes, I can attest to the fact that Tim is prone to digression. But digression is the best part.

I think a picture of you in a speedo would be priceless. You wouldn’t have to type a single word ever again.

Shandi, did you actually count the words? I knew 35 words in what he was blathering on about.....600 words worth. And I can see him now, feverishly working on finding a pic of Marc Spitz in his speedo to paste his face on. But c'mon...six hundred words worth of drivel is nuthin"....I do that every other post!

TRUELY and GENUINELY (if I cap will it make it so?) ROFLMAO! applause, applause! tour de force......

and the audience nods and murmers it's approval....

Lights, As I mentioned in the other comment thread,I've put you down to sponsor the Race for Digression Marathon. What say you to $1 a word?

Mickey, the world is not yet ready for me in a Speedo. And it wouldn't be me that was speechless.

THE Michael, It is important to embrace your inner drivel and nurture it. You are a master at it. It's the confining it to 600 words or less that you need to work on. :)

And Hayden, my true patron and producer of the artistic, I am not worthy, but thank you.

Hey there. So I'm 42 and often need a cane to walk. I don't mind you're using "lame," at least not for excuses. Excuses don't get you anywhere, which is pretty lame.
I'm much more concerned with intentions than words. After all, they've named bombs "Peacemakers."
'Love your post here and your blog.
I'll be back . . .

Welcome zagu, I like that, "more concerned with intentions than words." I've been enjoying your blog as well. I found you through Mickey's blogroll which is high praise indeed.