Still "not" Laugh In 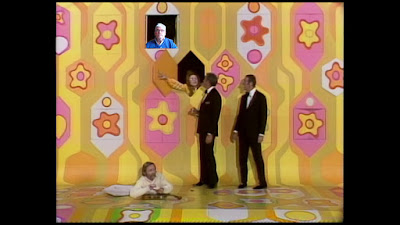 The critics were kind to the Netflix tribute to Rowan and Martin's Laugh In, Still Laugh In. But to me it was no laughing matter.

Laugh In was on television between 1968 and 1973.  So I watched it from the time I was ten until I was a Sophomore in high school. It was kind of the Internet meme of my era bringing us catch phrases like, "Sock it to me," "You bet your sweet bippi," "Very interesting," "Fickly finger of fate," and "Here come da judge."

It was hosted by Dan Rowan and Dick Martin.  And that was the first weird thing about the Netflix's tribute. It was hosted, for no apparent reason, by Neal Patrick Harris and Tiffany Haddish. I at least recognized Neal Patrick Harris. But I have no idea who Tiffany Haddish is. The other weird thing about the tribute is that it never really mentioned Dan Rowan and Dick Martin (both are dead and couldn't make an appearance).

In fact none of the male stars of  Laugh In made it to the reunion. And again, it is because most of them are dead (though Artie Johnson is still alive but at age 90, probably wasn't up to making an appearance). (Bloggers note: Artie Johnson has since died) Three of the female stars of the show, Ruth Busby, Lily Tomlin and JoAn Worley did make it. Goldy Hawn, who's career was launched by the show, didn't make it.

Maybe it is because the tribute brought in a slew of today's stars that I'm not familiar with that made it seem totally convoluted to me. Or maybe it was intermixing them with clips from the original show that made it seem too surreal. It was like a collision of generations. Because I'm willing to bet any millennial that watched the show (if any did) wouldn't recognize the stars who made cameos on the original like Kirk Douglas, Sammy Davis Jr., John Wayne, Orson Welles or even Richard Nixon.

What's even sadder to me is that in many of the write ups of the show they made it clear that it is the type of show that could be reprised today because there were so many restrictions on the topics that could be mentioned on television today.

So much for progress. It was Laugh In's ability to laugh at the taboos of the past that made it successful.

Maybe it's time everybody lightened up and laughed again.
Posted by Time at 4:30 PM