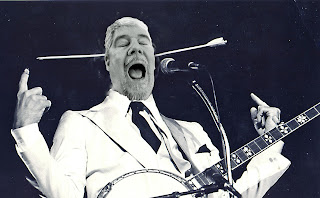 I am not sure where my sense of humor came from. Neither of my parents were particularly funny (though my father, like all fathers, thought he was). Nor are my brothers funny. In fact, I can't think of a single person from my formative years who was funny.

Regardless, my sense of humor is one thing I hold on to as part of who I am. Despite my insecurities about my blog not going viral because of my rapier wit, I am a funny man (and I mean "funny, ha, ha," not "funny, not right in the head").

I am not sure when my sense of humor started developing. I remember sitting in our family room watching television and my father asking me what was on the TV and I'd say something like, "A light, some plastic flowers and a TV guide." He would of course be irritated with me and tell me not to be smart (which is kind of an ironic thing for a parent to say to his kid."

One time at dinner, my father asked me to pass the butter. I pulled the cube off from the butter dish and tossed it to him. On retrospect, although a bit funny, that wasn't a good choice.


I think my humor really started to come out when I my writing began to mature (ironic, huh). Specifically I took a Creative Writing class in 8th grade and tried my hand at humorous essays. I received enough positive feedback that it encouraged me to do more of that type of writing. And as I've noted many times in my blog, I wrote a humor column in my college newspaper and became a minor celebrity on campus (a campus of about 1,100 mind you). I think that was the most formative thing when it came to my sense of humor. 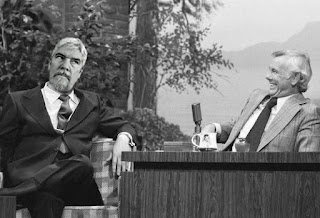 Although I work in an industry (transportation) that doesn't particularly lend itself to humor, I have always tried to interject it into the marketing materials I produce. And there have been times when I used my humor in cover letters and materials I produced when I've tried to apply for other jobs. For example I applied for one job where the description said something about "a track record of success." I produced a resume and cover letter that included little track marks scanned from some wind up chattering teeth that hopped around on little plastic feet. I put the cover letter and resume in a box with the wind up chattering teeth. The lead on the letter read, "Talk about a track record." I also noted that "I don't take much seriously except for my work."

If I had received this type of job application I would have hired the person immediately. But I didn't hear a word back and I didn't get the job. So obviously not everyone has a sense of humor.

Writing this blog for 14 years has solidified my humorous style (for better or worse).  It has taught me to write quickly, write about things I enjoy and give up trying to please an audience (obviously).

It has also taught me that humor is a subjective thing. As funny as I think I am, my daughter will always remind me, "That's not funny."

But she usually smiles when she says it.
Posted by Time at 8:00 AM