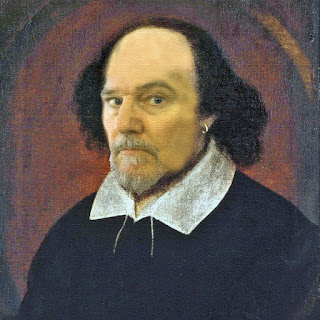 "I suspect that most authors don’t really want criticism, not even constructive criticism. They want straight-out, unabashed, unashamed, fulsome, informed, naked praise, arriving by the shipload every fifteen minutes or so."
~Neil Gaiman


I feel like I'm doing one of those theme weeks I used to do back in the good old days of Dizgraceland when I had my little band of people who commented on a regular basis. The theme seems to be career or talent paths I've taken or avoided.

Since I never made art or music my career path, I suppose I identify most as a writer. I have a degree in Journalism. I have written a blog for almost 15 years. My career path has mainly relied on words.

I think I can turn a pretty good phrase. I'm good with puns. I've always been good at writing headlines and I am a fairly creative copywriter.

I wrote a humor column for my college newspaper. I have written several unpublished short stories. I started a novel once but never finished it. I've ghost written articles for trade journals. I've written greeting cards (but only for family) and I've self-published several photo and travel books (but again only for my family). I have been a freelance copywriter and written umpteen brochures, newsletters, radio scripts and ads. I have also posted some pretty spiffy reviews on tripadvisor.com.

But I have never been what anyone would call commercially successful. One of the biggest disappointments of my life is that I never finished a novel and had it published (the key obstacle being never having finished writing a novel).

I know that the optimists out there would tell me that there is still time for me to write a novel and perhaps get it published. The pessimist in me says that having written more than 1300 blog posts with very little positive (or negative for that matter) feedback, no one wants to read anything I've written.


It is also easier to keep writing random blog posts without any plot, characters or storylines than to try to become a disciplined novelist. I also subscribe to Neil Gaiman's pronouncement about not wanting any criticism, constructive or otherwise, directed at me. Becoming a read author would open me up to lots of things.

That being said, I honestly think I am a good writer. I enjoy reading what I've written. I laugh at my jokes and nuances. Problem is, no one else does.

So there is a distinct possibility that I am a bad writer who thinks he is a good writer even though very few people reads what he writes.

I think the reason I've been writing these themed posts about my talents or lack thereof on the off chance that one day my children may be interested in different aspects of my life they weren't aware of (though not for the lack of me trying to tell them). I waited too long to try and find out about who my parents really were when they weren't being parents. So at least if my kids every get to that point where they were curious as to who papa was they'll at least have my blog to rummage through.

I also struggle with the wonder of whether I am a decent writer...or if people just appease me and tell me what I want to hear! My new goal is to just write for me. Easier said than done. Sounds like you are pretty good at it!

Writing for yourself is indeed easier said than done. It is a bit like saying out loud that you don't care what anyone else thinks. But inside you know you do. I write for myself basically because very few people read what I write.