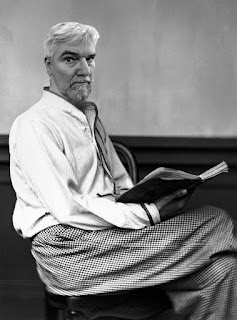 “Of the gladdest moments in human life, methinks, is the departure upon a distant journey into unknown lands. Shaking off with one mighty effort the fetters of Habit, the leaden weight of Routine, the cloak of many Cares and the slavery of Civilization, man feels once more happy.”

Growing up, we didn't do a great deal of traveling. For the first 13 years of my life, we'd spend two weeks each summer camping at the Payette Lake in McCall, Idaho, a campground at the Middle Fork of the Boise River or at Redfish Lake in the Sawtooth Mountains near Stanley, Idaho.

It wasn't until I was 14 years old that my parents took me on a road trip to check out some desert property my father bought through an ad in back of a True West magazine. It was located in Alamosa, Colorado. My parents and I set off the summer before I entered 8th grade leaving my older brothers at home to watch the house (big mistake it turns out).

Our first stop was a run down motel outside of Rock Springs, Wyoming. It was the first motel or hotel I'd ever stayed in.  It was pretty run down. They seemed surprised that we wanted a room for the entire night. They did up sell us to a room with a color television in it. That was a major treat for me since we still only had a black and white television at home.

Some time later I saw a program that talked about Rock Springs being a crime ridden stop over for the drug trade at the time with a corrupt police department.

The road trip included stops at several small towns and motels on the way to Alamosa (where we discovered that my father's purchase was pretty much barren desert property with nothing but cactus). We also passed through Denver and Colorado Spring. And we visited the Custer National Monument at the Little Big Horn.

When we returned home, we discovered my brothers had several party's, shattered the sliding glass door to our patio and let my pet rabbit escape.

Despite my brothers' indiscretions, I still thought the road trip was kind of cool.


My next big travel adventure was when I was 16 and a sophomore in high school. My marching band raised money all summer to travel to Southern California and perform at a LA Rams and San Francisco 49er football game at the LA Coliseum.  We flew to San Diego (my first airplane ride) and visited Sea World and the San Diego. Then we took buses to LA and visited Disneyland before marching at the football game.

That pretty much hooked me on the possibilities of travel beyond the borders of Idaho. But I couldn't really afford to travel much when I was in college with the exception of a few road trips to Disneyland and one road trip to Reno when I turned 21.


I was 25 years old when I took my first trip outside the country. It was a week long trip to Mazatlan with a friend of mine named Christopher who I'd met in college. I'd recently broken up with my college girlfriend and was ready for an adventure. We stayed at a small property near the beach called Costa De Oro. It was a pretty low budget resort with modest furnishings and plenty of cockroaches.

We didn't spend much time in the room anyway. Most of the time we sat on the beach badgered by a continuous stream of peddlers trying to sell us blankets, silver or wood carvings. A few days into the trip we were in a small bar called Tequila Charlies, nursing hangovers from a night at Senior Frogs. After a few beers we heard someone call, "Hey Gringos!" I thought sure we were going to be beat up. Instead we were invited to join a table of students from the local university who had a case of beer at there disposal.

The night progressed well and we were invited to continue partying with the students at one of their apartments. We hopped aboard a local bus and then ;hitched a ride in the back of a pick up truck. Eventually we arrived at a apartment complex of a young man named Alejandro who had us wait outside for a minute before coming out and exclaiming, "My wife, she is not home. Come on in!"

We entered the apartment and more cerveza was consumed. Suddenly the door burst open and a woman who I assume was Alejandro's wife came in with a male companion. She did not seem pleased that there was a group of people including two gringos partying in her home. She started screaming in Spanish at Alejandro. That's when a young lady named Mireya who was part of our group got into the fray. She and Alejandro's wife began shouting at each other and then much to my surprise began tugging at each other's hair. Eventually Alejandro broke it up and smacked his wife. The guy who had come in with her apparently didn't approve of this and he pulled a small pistol out of his pocket. My friend Christopher and I hit the floor sure that we were going to be dead any minute. Alejandro's wife, however, threw herself between the gunman and Alejandro and began pushing him outside.

Before we knew what happened, it was over. Mireya picked up a houseplant, tossed it with a crash onto the kitchen floor then grabbed my arm and said, "Let's go!" (in Spanish, however). We walked a bit and hailed a cab that dropped Christopher and I off at our hotel and then Mireya off at her home.

Christopher and I partied with our new friends a few more times before we returned home to Seattle, but we never did figure out what was going on with Alejandro and his wife (not to mention the friend who pulled the pistol on us). 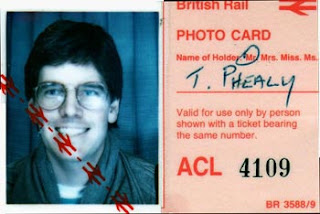 It was almost ten years later before I left the country again (except for a few trips to Victoria and Vancouver B.C.). A friend of mine from Boise (the same one I wrote about in my Musician post that I played guitar with at weddings) was getting married in England and invited me to the wedding.  I quickly ordered my first passport and made plans to spend three weeks in England.

I posted about that trip back in 2006 so if you are interested check it out.

Several more years went by before the travel bug bit me again. I kept telling myself that someday I'd meet someone special who liked to travel and we'd see the world. I was in my mid-30s and beginning to doubt that that someone would show up. So one weekend I attended a travel show at Seattle Center and picked up a bunch of brochures on travel destinations. 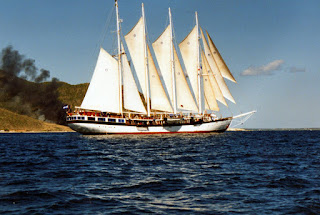 I decided to take a Windjammer Barefoot cruise on a tall sailing ship called the Polynesia. It cruised through the French West Indies. I also posted about that trip in an earlier post, so check it out if you are interested.

That cruise led me to try another Windjammer Cruise a year or so later aboard the Flying Cloud. That cruise toured the British West Indies. 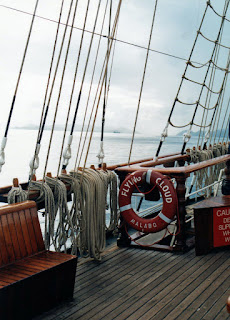 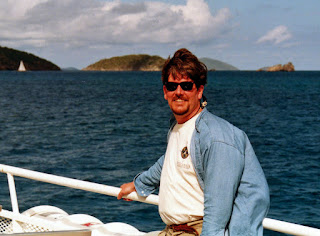 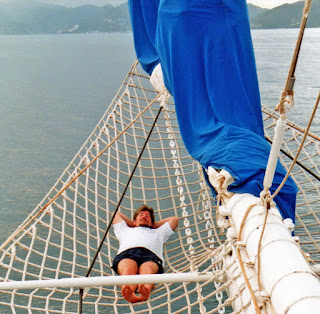 I was pretty much hooked on cruising after that. I started taking the more conventional cruises like Carnival, Princess and a now defunct cruise line that sailed out of New Orleans called Commodore Cruise Line (and yes I wrote a post about that as well). That's me shaking hands with the captain of the Enchanted Isle. 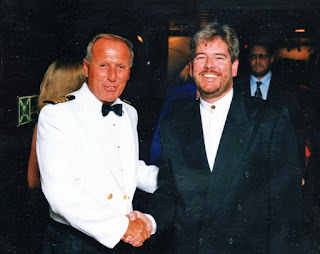 I also took advantage of the shore excursions on the cruises that often included horseback riding on the beach. Or in Cozumel, in the jungle. 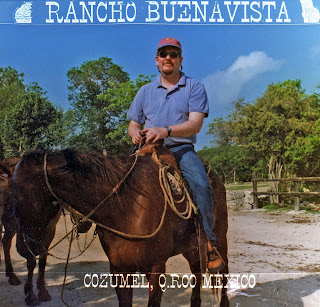 I swam with dolphins. 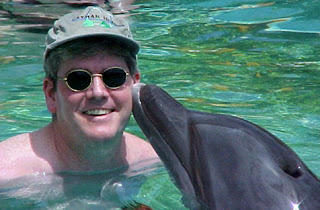 I posed with iguanas. 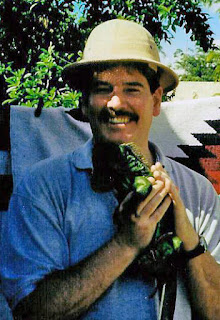 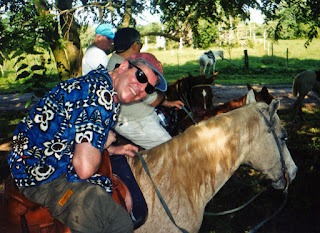 I posed with baby alligators in Florida. 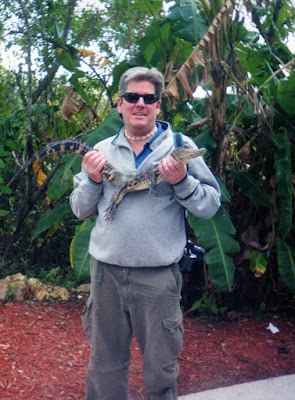 And I posed with sting rays at a place called Sting Ray City in the Grand Caymans. 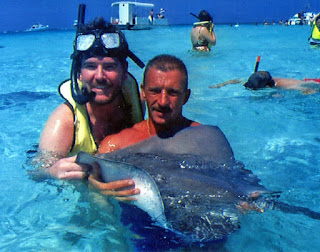 I posed with fish while snorkling in Cozemel. 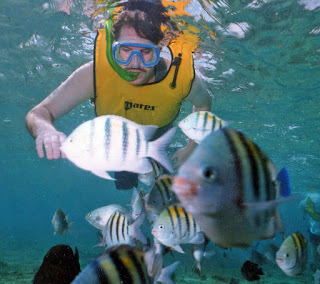 I also posed in front of the ruins at Tulum. 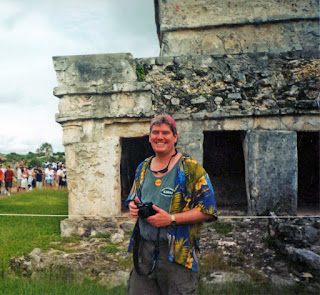 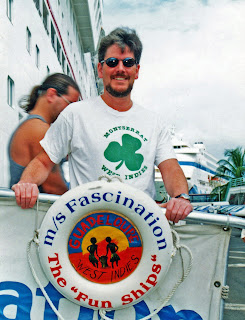 I liked cruising so much that I introduced my wife (girlfriend and then fiance at the time) to cruising. We even got married on a cruise ship. 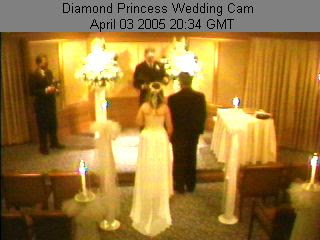 Other than one cruise to Mexico with our toddler daughter and my pregnant wife in 2008, we haven't been on any cruises since having children. We have been on several trips to Mexico, Disneyland, Legoland and other family friendly places. We have also gone camping and a few road trips. In addition, I travel several times a year for work but only to places within the U.S.

So, in retrospect, I have traveled a great deal in my life. And I imagine there will be a few more places I will see before I die. And considering my parents barely left the state of Idaho in their lifetimes, I have expanded my world view a bit. 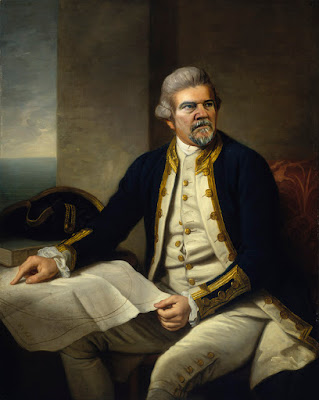