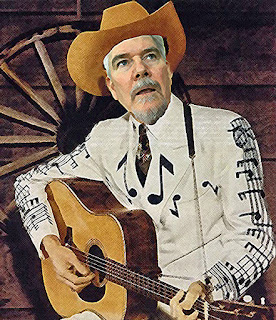 I've been binge watching Ken Burns latest documentary series, Country Music. The series has eight episodes that incorporate 16-hours of content. It begins with the roots of what we think of as country music and traces its meandering path to present day country.

I watched all 16 hours and as usual, I was amazed at Ken Burns sense of detail and history. The series brought back a lot of memories and created a few more. It's not that I grew up listening to country music. But I grew up in what I think of as a country place. And as I root around in my family tree, my people were all from country places.

I listened to Hank Williams as a little kid. I didn't know it was Hank. I remember in particular listening to his song Jambalaya.  I also listened to Tennessee Ernie Ford singing Sixteen Tons. That was pretty much the extent of the classic country that I knew. I did get exposed to some from watching television. I knew Roger Williams wrote King of the Road while staying in a sleazy motel in Garden City, a shady part of my hometown in Boise.

I also remember watching the Jimmy Dean show and thinking he looked and talked like a male version of my Aunt Irma. All of my many aunts and uncles talked country. It has a unique sound. It's slow and measured with a bit of a twang. It isn't southern, it's country. I think you can be from any state in the union and have a country accent. It's your people, not your place. 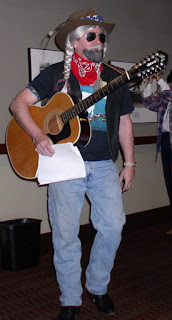 I didn't really listen to much country until later in life. Occasionally I'd watch a little Hee Haw or Porter Wagoner growing up. But I thought of them more as a parody of country. Though I did discover from Ken Burns that Dolly Pardon got her start on the Porter Wagoner Show. And I'd watch some of the Johnny Cash Show. But to this day, I don't think the man could ever sing.

In the 80s and 90s I discovered Patsy Cline, Willie Nelson and Waylon Jennings. I also found Garth Brooks, Lyle Lovett, Travis Tritt and Vince Gill.  There was also Dwight Yokum who I was impressed with as an actor as well. And Patty Loveless, I love some of her songs.

At one point I also discovered Blue Grass stars like Bill Monroe and Lester Flat and Earl Scruggs (though I'd been introduced to them as a kid through the Beverly Hillbillies television show). Although I played guitar, I longed to play the mandolin after hearing them.

It was probably the movie Oh brother where art thou that really sparked my reunion with old time music. In addition to being another great Coen brothers movie it had a killer soundtrack of old time music and gospel. My wife and I attended a concert of musicians who had worked on the soundtrack called Down from the mountain at a local winery.

The think Ken Burns' documentary drove home to me was the importance of country music, especially early country music. It was the rawness of the early stuff that speaks to it. The singer's voices were rough and unpolished. But they were genuine without studio effects to rob them of their soul.

So in my heart, I was born a poor young country boy.
Posted by Time at 1:53 PM