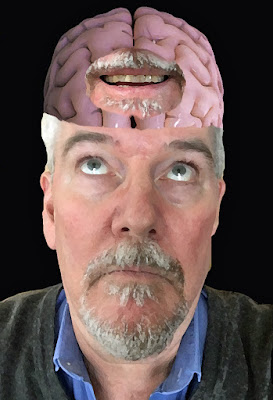 I've been watching the documentary series, Inside Bill's Brain on Netflix. The brain it refers to is Bill Gates' brain. It has given me new respect for the man because I basically despise Microsoft and all of its products. But I appreciate what Gates has done with his charitable foundation once he stepped down from being the head of Microsoft (no pun intended).

I have to admit if I suddenly had billions of dollars being charitable wouldn't be my first thought. Oh, I'd eventually get there after exhausting all of the luxury things I could indulge in that I've never had before. After awhile I'd think of other things to do with the money. At least I think I would.

But it is painfully obvious that Bill Gates and my brains have very little in common. For one, although I am an introvert, I was never as socially inept as he apparently is. And although I was a voracious reader as a child and much of my early adulthood, I generally read fiction. Bill Gates is also a voracious reader but he reads non-fiction, dry as dirt stuff at the rate of 150 pages an hour and remembers 90 percent of it. I forget what I got up to go to the kitchen for.

I was a good student. I pretty much always got A's without studying too hard. Bill Gates apparently took a statewide math test before junior high and got the highest grade in the state. I hated math.

The one thing I have up on Bill and his brain is that I graduated from college. Bill dropped out and founded Microsoft. But he never finished college so that gives me a right to look down my nose at him even if his net worth hovers around the hundred billion level.

So I'm not a billionaire genius. Apparently you have to be pretty much on the spectrum to be considered a genius. So I'm wondering if it is really worth it to be a Bill Gates or Steve Jobs.

Okay if it means making billions of dollars I'd have to say yes. But it still hurts my brain to think about it.
Posted by Time at 8:18 AM