Why I don't dye my hair and other thoughts on aging 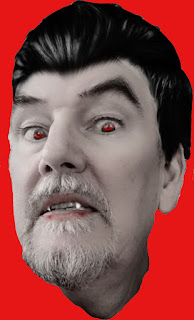 My father's hair started turning gray in high school. It was pretty much white by the time I was born. Then he started losing it on top as well. But he never dyed it or went for the painfully bad comb over.

I asked him once why he didn't dye his hair. He was working at a warehouse at the time. He told me that one of his coworkers had gray hair and came to work with it dyed and everyone made fun of him (this was before such behavior would have triggered an HR witch hunt). So my father just accepted that his hair was white and lived with looking 20 years older than he was.

I think my hair started getting gray when I was in my 30s. It stayed relatively brown until I was in my late 40s. It is now a silvery white. And I have all of it. I suppose I have my mother to thank for that.

I have never considered dyeing my hair. Part of it is because of my father's anecdote.  The other part is I think it is painfully obvious when a man in his sixties dyes his hair because it looks so unnatural. So I accept my hair color that makes me look like a grandfather because I am indeed old enough to be one.


I know people spout platitudes about age being a state of mind or that you are as young as you feel. But in reality, age is your body rotting while you continue to wear it. You can't stave it off with hair dye, Botox, tummy tucks or face lifts. Nor can you stave it off by sporting a ponytail, earring and clothes purchased at the Gap. I cringe when I see famous people who have stretched their faces beyond recognition to try and hold onto youth.

This is not to say I don't care what I look like. I just don't try to fool myself into thinking I can hide my age through obvious deceptions. I just want to age as gracefully as I can and not have to wear adult diapers.
Posted by Time at 4:34 PM