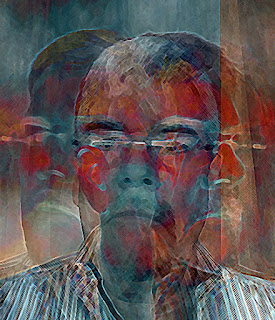 After discovering the Internet works of  Ze Frank I have binge watched all of his True Facts videos and many of his A show by Ze Frank spots. And I have to say I feel late to the party. In many ways the guy is a comic genius and I missed his work for years.

And he stopped creating the A show spots about five years ago.  And he seems to have gone from the president of Buzzfeed motion pictures to the chief research and development officer and doesn't appear to have produced anything public facing for several years.  This has apparently caused some agitation amongst his fan base.

I know this only by Googling him to find out about his work. So I don't want anyone to think I am a stalker or anything. I was just curious about someone who could create such great laugh out loud stuff as True Facts about Morgan Freeman (with millions of views).

But you don't have to be a stalker to find out about Ze Frank. He pretty much bares what is going on in his head in his The Show and A Show series. And he has done several TED talks talking about his life and career.

The funny thing is that, after watching umpteen of his A show episodes, I began to understand why he would drop out from the public scene. I joked about his millions of followers and viewers versus my 30. But I could only imagine the pressure to create if you had millions of people clamoring for more and demanding your attention.

I think that is one of the dangers of pouring out your soul on the Internet. When you are anonymous and undiscovered, it seems pretty safe to reveal your insecurities and self doubts.  But if suddenly millions of people were peeking under the curtain of your soul it would get a bit daunting. I know if it happened to me, I'd start freaking big time and want to hide.

For what ever reason, people think a person who has become a celebrity owes them something for their part in creating that celebrity. You see it in the comments left for celebrities on Twitter and in comment sections on YouTube. I could imagine if I was the celebrity, I would initially want to respond to each person and then be overwhelmed. Also, the Web is full of freaks who take slight at the smallest thing. You can turn an admirer into a hater if you don't respond or if you don't respond in a way they want you to.

So as much as I would have liked to have been one of the lucky people who discovered Ze Frank when he was publicly posting his shows and took part in his crowd sourcing projects with video clips and sounds I am still grateful to have been able to enjoy his work. And I know that odds of him visiting Dizgraceland or reading this are 0 to none. I have written about other artists I've "discovered"on the Internet including musicians, writers, artists and film makers. But since I am not a blogger with much of a following, neither the artists nor too many other people actually noticed (despite hashtags and @'s).

And I totally get why.  The Internet is a place of people looking to be heard. They will hitch their stars on anyone they think will help them get noticed. So I understand why a celebrity wouldn’t want to respond to a random blog post about their work even if it was positive (and by some slim chance they even noticed it).

Who am I kidding. Of course I want someone like Ze Frank to read my blog and be amazed at this undiscovered blogger on the Web cranking out blog posts for the past 14 years about many of the same topics that he had talked about. But if it took me all of these years to discover Ze Frank, someone who was discovered years ago and famous by Internet standards, what are the odds of him discovering someone in relative obscurity.

It could happen. Trump got elected, didn't he?