Is a picture really worth a thousand words? 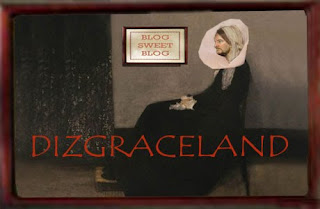 Many years ago, I had an Astrology reading by an odd psychic who spoke with a Swedish accent although he was born and raised in Seattle.  He did a rambling reading that he recorded on a cassette tape. Nothing much stood out to me except for his prediction that I was going to be a social documentarian through technology that he implied was video.

At the time, I had very little to do with video. It was in the 1990s and people were still primarily using land line telephones so there wasn’t the proliferation of video captured by Smart Phones like there is today.  Truth be told, I have never really liked video. I’ll take a still photo any day because you can actually do something with it. Video requires too much effort to be viewed, so I don’t think it is a great way to document things.

I have always first and foremost considered myself a writer. So I ignored the psychic’s reference to video and assumed I would document via my writing. So blogging for 14 years confirmed to me that that is probably what the psychic was seeing. But if I am truly a social documentarian, shouldn’t more than 30 or so people actually read about what I’m documenting?

The explosion of YouTube has made me rethink whether I should venture into video as a medium to advance my status as a social documentarian. Watching Ze Frank’s massive quantity of video shorts that have been so well received has fueled my desire to figure out how I can do videos on YouTube as well.

But what would I do on video?  I know very little about how to edit video. I don’t want to shoot videos of me reading blog posts. One, I hate the way I look on video. I don’t have a great voice either. I just don’t think anyone would watch me reading a post Ze Frank style anyway.


YouTube is another one of those Millennial things that I sort of get, but sort of don't get.  It's kind of the cable access channel of the 21st Century.

My son used to spend hours watching people play Minecraft. And I know there are tons of YouTube video stars who do nothing but show videos of them playing video games.

Not something that appeals to me.

I watch a few programs regularly through Facebook and YouTube including Epic Meals, a program that I can only describe as the Jackass version of cooking shows. In two or three minutes and episode they create massive amounts of food items such as junk food sushi or pizza lasagna. Then they consume it in disgusting ways. At first I thought it was kind of funny. But after watching 30 or 40 episodes, it is getting kind of cringy (as my son would say).

I've watched quite a few TED talks on YouTube, too, including several by Web comedian James Veitch. Ironically Veitch did several of his talks on e-mail exchanges he had with Nigerian Scammers. I did several blog posts about engaging spammers and never got asked to to be on a TED talk. There was Engaging the enemy, the spam wars, Spambo strikes again,  Spambo III, and My name is Winston Magui. And although I think Veitch's exchanges were hilarious, I think mine were right up there. The big difference here is that people paid attention to Veitch's antics replying to spammers and no one really ever read mine (even though they were written before Veitch came on the scene). Though who knows, the other difference between Veitch's response to spammers is that his were funny and mine were not.

So even if I figured out what to create videos about and put them on YouTube, I think I am faced with the same obstacles I have getting people to read my blog. How do you get noticed? And when someone notices you, how do you get them to say to other people, "Hey look at this?"

Ze Frank's videos of bad white man dance moves that he sent to some friends went viral and got millions of views. He then spent many years after that trying to replicate something as popular. And it is my understanding that, although he has created some amazing work since, nothing got as much attention as those dance videos.

The lesson here is one that good marketers already know. You can't create something to go viral. Things go viral on their own (unless you have millions of dollars to force them down people's throats).

Oh, what the hell. Here's a video of mindless thoughts anyway:

Great video! You should blog. Lol!