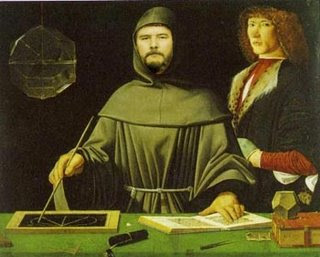 Years ago, when I was getting ready to leave Boise State University transfer to Seattle University, a fine Jesuit institution of higher education, my mother expressed her concern that I was aspiring to be a priest. I tried to explain to her that one of the prerequisites for becoming a Catholic priest was that you must first be Catholic. I had been raised a Christian Scientist. And, as far as I know, Seattle University didn't have any coursework in priesthood for non-Catholics.

None of this mattered to my mother who, although a reasonably intelligent woman, nurtured irrational fears like a newborn baby. Suffice it to say, my mother breathed a sigh of relief when I graduated from Seattle University with a degree in Journalism and not Catholisim.

Not that I would have wanted to become a priest even if I had been raised Catholic. Self-imposed celebacy has never been high on my "to do" list in life. If, for some highly improbable reason, I had become a priest, I would likely have spent an inordinate amount of time praying that the Church would change its policy on celebacy.

I didn't encounter many priests at Seattle University. Most of the classes were taught by lay faculty (no pun intended). And the classes that I had that were taught by Jesuits were taught by men who rarely wore their collars. I did have one theology class taught by a young Jesuit whose father was also a professor at the university. It caused a great deal of confusion if you took one of their classes because you would have to explain whether or not you were taking a class from the father or the father who was also the son (Catholic humor).

Having grown up attending only Christian Science churches, the ceremony of the Catholic Church always impressed me. Except for the Mother Church in Boston, Christian Science churches are pretty stark and fundamental. There are no Stations of the Cross, candles, incense or statues. You may see a photo of Mary Baker Eddy (the churches founder...the only church founded by a woman I might add) and some biblical scriptures on the wall. The only scripture I recall from the church I attended as a child was, "Ye shall know the truth and the truth shall set ye free." I used to stare at it during Sunday School wondering how long it would take to know the truth so I could be set free to play.

Christian Science churches have no priests. They have no ministers, either. People are elected by the congregation to be "readers." Two people stand up at the pulpit and alternatively read "lessons" from the Bible and Mary Baker Eddy's book, Science and Health with Key to the Scriptures. Every now and then they sing hymns accompanied by a pump organ. During the early 70s, they added an occasional guitar to try and reach the younger audiences in the congregation.

On occasional Sundays, my brothers and I were required to attend both Sunday School and the regular church service. It was a double whammy of boredom broken up by giggling when my father fell asleep during the readings and started snoring. My father had a snore like a chainsaw. He would get angry if one of us woke him up while he was "resting his eyes," so most of his snoring went unabated until he woke up when everyone rose to for a hymn.

From the few Catholic ceremonies I've attended, I think it would have been much more entertaining as a child to have attended Catholic Church. It seems to be much more interactive. Plus they throw in communion wafers, wine and candles. If they had cheese, it would be a regular picnic every Sunday.

This is not to say that I want to become a Catholic. One thing I've learned about myself over the years is that I'm simply not a good "joiner." I also can't stand meetings, lectures, seminars, or anything that requires discipline and regular attendance.

So, mom, you can rest assured that I don't have a prayer of ever becoming a priest.
Posted by Time at 12:36 PM

Take it from me Tim, catholic mass isn't all it's cracked up to be. All that kneeling and genuflecting is more akin to aerobics. The wine takes like shite and the wafers have a way of sticking to the roof of your mouth and causing you to gag.

If you want entertainment, you might want to attend the denomination that I grew up in. There's a lot of magic tricks, fainting spells, and the ocassional exorcism. And you don't have to pay attention to what the pastor says, cos it's all blabbered in some unknown tongue. Noone expects you to have understand a word. And we bring out the grapejuice and saltines. It's a nice little appetizer to get you through the 2 hour service.

Shandi, You just described one of our staff meetings at work. And to think all this time I have been going to church.

You're right though, other than the grapejuice and saltines. It's always coffee and krispy kremes at our staff meetings.

You brought up a good point. I didn't mention the behind the scenes meetings at church (which I attended as well). When it all comes down to it, church is a business and it works pretty much the same.

Shandi, You get Krispie Kremes? You seem to be the only one that finds irreverant discussions of religion an suitible blog topic to comment on.

I attended a Lutheran church for Sunday school til I was about 12. My parents then gave me the option of continuing or not. I got the stories but I never took them literally and I was of the opinion that there were better things I could be doing on a Sunday morning. I have rarely attended a church service since that time and I have never been able to take the whole thing serilously. Just seems like organized wishful thinking to me. Plus, I don't really mind the notion that when we die we just cease to exist.

Lights,
Having been a Lutheran for a brief time, perhaps you are familiar with the anecdote I told Shandi about Martin Luther coming up with the tenants for the Lutheran church after being constipated for weeks. He became enlightened and regular at the same time. I never get tired of that story.