Grin and ignore it or just bear it? 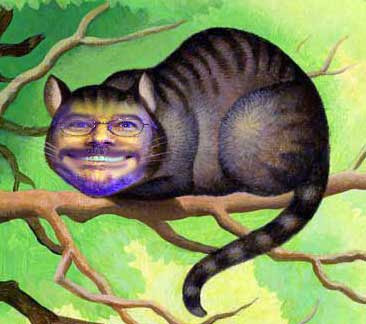 One thing about working downtown in a relatively large city is that after awhile not much fazes you. My office is located in a marginal part of downtown Seattle. We occasionally have narcotics police in our stairwell with binoculars watching for drug deals on the adjacent streets. So suffice to say encountering a whacked out crack head when I'm going out for coffee or lunch is pretty much part of my average day.

I resisted shouting out, "That sucks," even though the Shop Vac gave me the perfect excuse for the pun. But one thing you learn about working downtown is not to make eye contact with screaming crack heads and definitely don't engage them in conversations. Instead my friend and I just continued chatting until he finished his cigarette and we went into the restaurant. The orange beef was very good by the way.

It dawned on me later though that being around that crap all the time has made me numb. I walk by people passed out in doorways or relieving themselves on sidewalks and don't blink an eye. Oh occasionally I will hand a dollar to the guy sitting next to the train station entrance with his three dogs. But wonder if I'm more compassionate about the dogs than the poor man.

I suppose it is emotional survival. I walk along with my mindless grin and ignore the fact that the street is home to hundreds if not thousands of lost souls in my city. It is survival because I know there is really nothing I can do to save any of them. All I can hope is not to become one of them.
Posted by Time at 9:41 PM

Even when you are discussing a serious subject you manage to give me the giggles. You just have such an amusing way of putting things. Love your work Tim....

And you a whacked out cracked head, not with that grin sunshine..

At least no one has screamed at you they have "pictures of what you do in the park after dark and will show them to your wife."

AWW,
You have to laugh at the human condition or you'd end up crying all of the time. And we don't need anymore waterworks in Seattle.

Iridethebus, I do imagine New York puts Seattle to shame when it comes to crazies (including yourself).

Now that's what I'm talkin' about...This post is CLASSIC Dizgraceland. The words smell like cigarette smoke and hot, good old-fashioned diner coffee served up by a waitress named Wanda who takes your order and calls you "Sugar."

Hardcore life in your face, but with a humorous, cynical and sarcastic twist. My fave line...."I was standing on the sidewalk waiting for my friend who has quit smoking to finish his cigarette...."

I'm serious....this blog does not do justice for writing this good. You need to quit the rat race, eat cold french fries and start writing a novel.

Thank you Ms. Houston, now wipe the continuous drip from your hollowed out nose.

Naughti Biscotti said...
This comment has been removed by the author.
6:16 PM

ya gotta' laugh, cause crying all the time leaves you with chapped cheeks.

I do it too, sometimes it makes me feel utterly blase and disconnected.

Awhile ago I was talking with a friend on a tatty street corner and a leather-clad macho type strode past, big grin on his face and erection sticking straight out of his jeans: I noticed and didn't notice at the same time. I don't know if my friend saw, but we just kept talking and didn't mention it. Didn't seem to be any point, somehow, and it wasn't surprising enough to discuss.

Why thank you Miss Bliss. But cold Freedumb Fries make me gag.

Blaznfyre, Just say gnome. Er, or something like that.

Shandi, only you would engage a screamer because you were in the mood for crazy talk. Got to love that. Hope the crabs didn't get you.

Hayden, What's the saying? Halloween in San Francisco is redundant.

Halloween in SF? Now THERE is a lesson in excess! (grin)

I can't ignore them. I'm incapable of it. If someone, anyone, speaks to me then I just have to respond in some manner. Human beings, even the crackheads, deserve acknowledgment. They aren't invisible. I see them and hear them and, way too often, smell them. I can't just pretend they don't exist. Know what I mean?

Oh, and I agree with miss bliss - love your writing and especially love that line she pointed out. Love it!

Yes Anna, I know what you mean. I can't really ignore them either.

And thank you for the compliment. It means alot to me.