A Savage Journey to the Heart of the American Dream 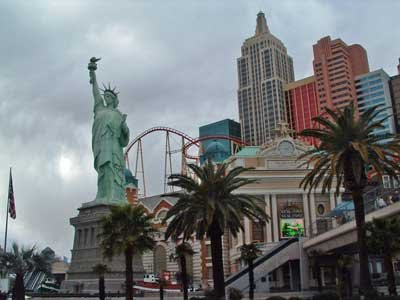 Jesus! Bad waves of paranoia, madness, fear and loathing, intolerable vibrations in this place. Get out! The weasels were closing in. I could smell the ugly brutes.

I wish I had interesting things to say about Las Vegas. If I were 21 and unleashed on the city I still probably wouldn't have much happen that would stay in Las Vegas after I left. Because if I were 21 I wouldn't be able to afford anything there.

I was at a conference. And despite the "nod, nod's, wink, wink's" people give you when you go to a conference in Las Vegas, some of us actually drag our butt's out of bed and catch those 8 a.m. sessions on "Forging Partnerships and Building Ridership" even though watching bread toast would be more interesting. Call it work ethic or call it Catholic guilt (though I'm not Catholic), but if someone pays me to do something, I do it. Point is, it wasn't a vacation. And public agency expense accounts are not generous or forgiving despite what the news program watchdogs tell you.

I did hop the Vegas Monorail to the strip a couple of times and walked through the obligatory big casinos like Paris... 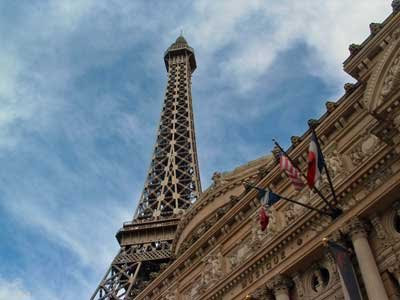 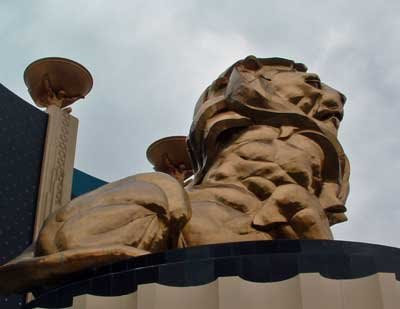 ....and of course, Ceasars Palace. 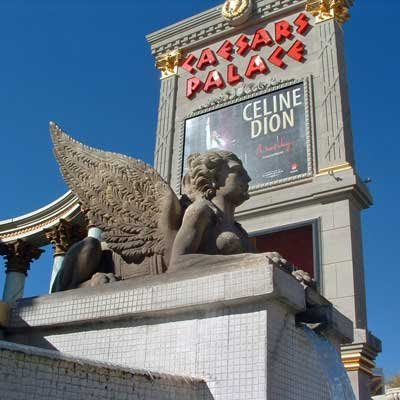 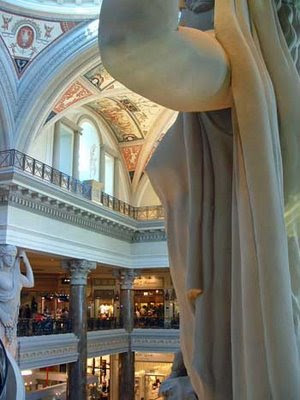 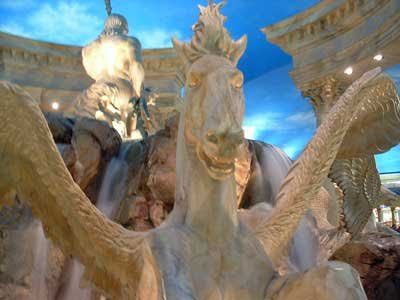 I didn't go to any shows, but my hotel room had a plasma screen television and a 26th floor view of the strip. I ate in one buffet, but mainly ate sandwiches. I gambled a bit, but not alot. I drank a bit, but not a lot (though I had a Star Trek martini in a Ferenghi Bar at the Hilton that had me seeing Klingon families dining...turned out they were real). I bought my wife a Las Vegas sweat shirt. I bought myself a pair of dice with my name on it. I didn't steal any ash trays. Oh yeah, it snowed.

I think I did see the weasels, though. And they were ugly brutes. 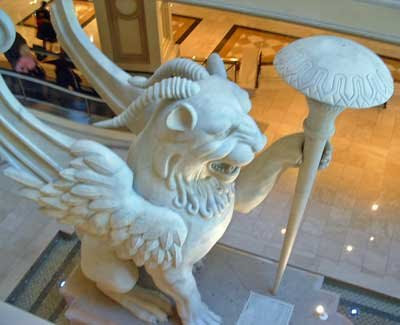 But that could have been the fever that went along with my sinus infection.

Today is the first day of a 3 day conference I'm attending on Job Developing for the hard to employ. It ain't Vegas baby, it's right here in Bakersfield. Should be fabulous ;-)

You're not getting old - you've just changed your prescription from rose colored glasses to reading glasses. Ahhh...now isn't that better?

I have never been to Las Vegas, but I think towns with a lot of hype built up around what kind of time you're going to have when you hit their strip is destined to be hard to live up to. You keep expecting that this big party will come out of the woodwork and spin you into a new orbit of madness, mayhem and tawdry tidbits. In reality [and pardon the vernacular], as my Mother used to say [when we would hype up someone or some place], "We all shit the same way." Thanks, Mom. Graphic, but true. Nice way to drive it home.

A golden toilet is still a toilet.

Vegas is the first place I was ever "treated" to a telephone in my bathroom, back in the early 90's. Too bad that custom didn't stay in Vegas.

Going to Vegas always makes me feel sniffy and more cultured than I actually am, then I am embarrassed. Yet, something about the place rubs me wrong.

Had a girlfriend a few years ago who actually seemed to think that, having walked through Paris in LV, she had no need to go to France, but was able (on that slendar excuse) to develop a case of ennui "been there, done that." It didn't appear to be a defense - she could afford the real Paris, she just shrugged it off in a non-gallic shrug as being 'not very interesting."

Shandi,
Perhaps you can give me some pointers on employment after your conference. Hope you got there early enough to get your pick of the bagels and before all the coffee is gone.

Miss Bliss, I did hear Wynn was considering a new casino called, "The Golden Toilet." Their Royal Flushes would really pay off and the players never have to leave their seats.

Hayden,
Aw yes, the telephone in the bathroom. Cell phones and Blackberry's have made them obsolete. But yes, once you've seen Vegas you no longer need to visit Rio, Venis, Rome, New York, Paris or Star Trek. And to think, most Europeans only visit one of four places in the United States to get the flavor of our country --New York, San Francisco, New Orleans or Las Vegas. Ironic isn't it?

Wait Tim!
They visit us here down in the land The Rat in DROVES!
How sad is THAT?!
Summing up America through Disney?!

I have never been to Vegas, and quite honestly? I have no desire.

I always show up for the lectures too, damn that responsible upbringing. Of course we never have conferences in cool places like Las Vegas.

Blazngfyre,
I did leave Disneyland and World out when suggesting European's American Mecca's didn't I? My mouse ears are burning. I guess I figured EuroDisney had cut down on the need to go to Disneyland to discover America. And you aren't missing anything by not going to Vegas.

I guess the conference there did beat out the last two I went to in Salt Lake City and San Jose.

I've gone to Vegas every spring for the last 6 years or so. I enjoy gambling but I'm happy that it's a 5 hour drive or I'd be tempted to go more often than I can afford.

It's the only place I've ever seen a woman actually dump a glass of champagne over a man's head and storm off. I don't think it had the desired effect. He just asked for a towel and kept on playing blackjack.

I've never been, but my husband wants us to visit Vegas sometime soon. Everyone I know who has been says I have to go at least once. I'm not sure why - it doesn't really sound all that interesting.

So which American cities would you recommend that foreigners visit to get a feel for America?

Anna,
I'm not saying Las Vegas isn't worth seeing at least once in your life as long as you are managing your expectations. I've actually been there five times. The charm starts to wear thin.

But that's a good question about what American city would give people a true feel for "America." New Orleans is one of my favorite cities but I wouldn't call it typical American. Boston is pretty amazing because of the history and architecture. New York is a country unto itself. Seattle is beautiful if you catch it on a sunny day. I suppose it depends upon what you want to believe is America. Sounds like a great blog topic.