Pulling a Faust one 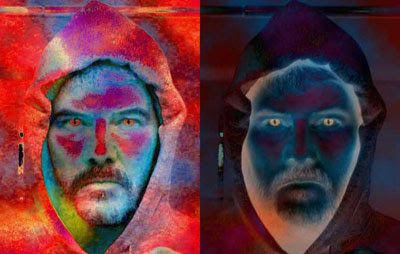 I don't want this to be construed as taking requests. But in the vein of JC Superstar, it seemed only fair to give the devil his due and dwelve into the dark lord's realm as well (at least when it comes to 70s musicals)

The Phantom of the Paradise was the only musical I could think of coming out of the early 1970s that centered on satan. It was written and directed by Brian De Palma and starred Paul Williams who also wrote much of the music for the film. Paul Williams would later degrade himself in such classics as Smoky and the Bandit I, II and III.

Williams plays Swan, a record producer who owns "Death Records" (get it). He steals a rock version of "Faust" from composer Winslow Leach who goes beserk and is hideously disfigured by a record press when trying to confront Swan. He ends up terrorizing a production of his rock cantata at the Paradise Theater but eventually signs a contract (in blood) with Swan, but only on the condition that a woman he falls in love with, Pheonix, gets the lead.

Long story short, the Phantom dies for his love interest but not until he exposes Swan for the monster he is. The devil never actually makes an appearance in the movie, but it is all his handywork.

As with JC Superstar, I listened to the soundtrack to this album over and over and pretty much memorized the lyrics as well. There's lots of stuff about selling your soul and the supernatural (see the lyrics to "Hell of it" above). There's even one scene where a transvestite diva named Beef sings "Life at Last." He inexplicably playing the role of the Frankenstein monster in Faust. My favorite line is:

You can't get lyrics much better than that.

Although I liked the Beef character, if they ever made a stage version of Phantom of the Paradise, I'd probably try out for the Phantom character, instead. One, I don't look good in high heels and nylons (which rules out me every starring in Rocky Horror either). But really relate to the Phantom character the most. I always felt ugly growing up and had crushes on girls from afar. Thus I'm a sucker for unrequited love stories. I also think the Phantom's songs in the movie have the greatest range and depth (though ironically most of them are voiceovers by Paul Williams). So I'd really like to be the Phantom.

Plus I'd get to wear a mask.

So that's all I have to say about that, too.

I can't say I've ever heard of The Phantom of the Paradise and I am of your vintage but I have a totally unrelated question. Didn't Brian De Palma and Paul Williams also produce the Village People movie in the 70's? If so, that was even more tragic than Smokey and the Bandit though I did enjoy it at the time. I liked the Indian. Oh the shame!!!

PS Thankyou for your comment on my blog today, I was deeply touched.

There is nothing even remotely degrading about "Smokey and the Bandit" - well, maybe II and III.

Angel,
I think you are talking about "Can't Stop the Music" from 1980. I am pleased to say Brian De Palma and Paul Williams had nothing to do with it.

PS: you are very welcome.

Iridethebus,
I forgot that was your favorite Burt Reynolds film. Sorry. But you have to admit Smokey and the Bandit was no Dukes of Hazzard.

Yes that was the movie and since you hold those 2 gentleman in such high esteem, I'm glad for you they had nothing to do with it.

Angel,
Did I mention I was the drum major for my high school band. We were the Boise Braves and I wore a full headress and buckskins? But I never thought it was fun to stay at the YMCA. :)

PLEASE PLEASE PLEASE, could you post a pic of you as a drum major... I was a marching girl, do you have those in the states? I had a little hat, jacket and pleated skirt with white boots. I was only about 8 or 9 and I won 2 gold and 1 bronze medal before I got carted off to England for 2 years.