Deep thoughts (or not so pretty in pink) 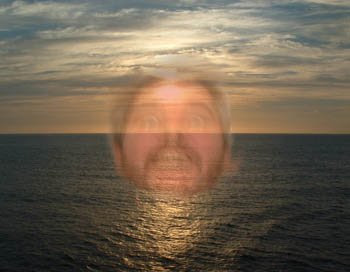 It's about this time of year that they start playing that song targeted toward high school kid's graduating where a middle aged guy just speaks advice set to music. That advice eventually comes down to always wear sunscreen.

First, I don't like songs that are spoken instead of sang. Second, there has to be more to life to pass on to people graduating from high school than always wear sunscreen (which is good advice, but nothing I'd climb a mountain to find out from a guru).

I don't speak from experience. I've never worn a pink tuxedo. That kind of common sense came naturally to me growing up in Boise. But apparently it isn't common sense in Washington state.

This isn't another one of my random thoughts. Tess and I took her mother out for dinner on Saturday night for Mother's Day. It was also prom night and the restaurant was packed with high school kids in formal wear. I was about to bite into my salad when a kid walks by wearing a powder pink tuxedo with bright pink vest and tie. The first thing that came out of my mouth was, "That's just wrong." Tess tried to tell me it is the fashion to wear a tuxedo that matches your date's dress (and yes his date was a girl).

Here is where my advice to that boy and other poor schmucks like him comes in, "Just say no." Some day that miserable little pimple farm is going to look back at photos of himself wearing a pink tuxedo and realize that was where his life took an awful twist for the worse.

The reason you should never wear a pink tuxedo and especially one that matches your prom date's dress is that no one, not even the girl you wore the hideous tux for, will ever respect you. You may think it makes you a sensitive guy and that it proves to your date that you are willing to do anything to go out with her. And you may think to yourself you are really only doing it to get lucky after the prom. But trust me, there is no way you are making it to home plate wearing a pink tuxedo. You aren't even going to be a bat boy that night. You are making someone at the tux rental place very happy, though.

Again, this is just common sense. I never wore a pink tuxedo. I never even went to prom.

But I do have my dignity intact.

And I wear sunscreen.
Posted by Time at 7:44 PM

cherish said...
This comment has been removed by a blog administrator.
1:55 AM

When my son sees a boy or man in pink he always says "thats just wrong real men dont wear pink". I always ask him why not? to which he replys Mommmmmmmmmmmm, its just not right but he has no reason for it. I am sure he heard it from the kids when he was younger but it sure has been impressed upon him. chuckles!! I think men look sexy in a touch of pink. But a pink tuxedo that is AWFUL! I swear sometimes they just do stuff to be different. I am sure he will never live that one down! My advice to graduating seniors; do not marry too young!!!!

Thanks Cherish, I have no problem with men wearing pink. Elvis wore pink and had a pink Cadillac. It is the pink tuxedo that I take issue with and the twisted thinking that would make a young man wear one to a prom.

Pink is all the rage for young boys right now. My 13 year old son has several pink shirts. One shirt says, "My Exectuioners Robe Had Blood On It" and the other says, "Don't Laugh... it's your girlfriend's shirt". It was all I could do to keep from laughing... but never... ever question the style choices of teenagers. You will never understand. Someone should have told me that Farrah Faucett wings just looked stupid, but I wouldn't have listened.

And... just to add a little fuel to the fire here... let me tell you this: I took the kids to the rodeo last weekend and get this... All the Cowboys were wearing pink. I thought it was a tribute to "Brokeback Mountain" but as it turns out, it was a tribute to breast cancer awareness. It looked strange to see a pink clad cowboy bucked from the back of a Bull.

Where can I get some of those pink t-shirts with the cool sayings on? I suppose we need to let kids make their own fashion mistakes. I had an Angel's Flight suit ala John Travolta during the 70s disco era.

I still stand by my stand on pink tuxedos, though. Pink cowboys are wrong, too.

You know what would happen if you didn't wear sunscreen, don't you?

Having your dignity intact while living in Boise. Isn't that as useful as being able to claim that you are the absolute tallest among all the circus midgets?

But at least you used sunscreen. That's good.

Lights, Good point. Did you by any chance where a pink tuxedo to the prom? Just a wild guess.