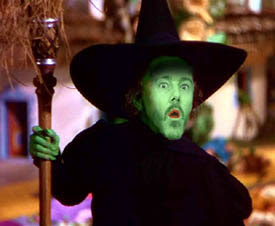 First, I want to go on record at this point and say I was a perfect student. I say this in all modesty, because I was just one of those kids who was terrified of authority and did everything he was told to do by teachers. I didn't talk. I listened and I did all my assignments. Teachers loved me. My first grade teacher named her firstborn son Tim because I was such a delight. In hindsight I would probably say it was because I was a good monkey and danced on command. So it was a major "life is not fair" lesson when it came time to go into 5th grade and I was assigned to a harpy who wanted a monkey who could fly as well as dance. 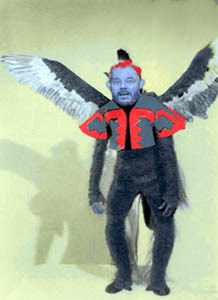 Mrs. Gussie had been around awhile. She was legendary for simply being evil. I spent all summer before 5th grade sweating which teacher I would get. I wanted Mr. Spencer. He was from Texas and wore a cowboy hat. He taught P.E. He played guitar and sang to his class. He was cool. But of course when I rode my bike to the school a week before school started to look at the class roster list tacked up on the front door, my name was right there under Mrs. Gussie.

If a ten-year old can experience true depression, that was my moment. For some reason karma had pegged me for serving hard time in 5th grade and Mrs. Gussie was my jailor. I could almost hear the kids around me murmuer, "Dead man walking...," as I headed down the hall for my first day of class.

This is probably where you are thinking this is going to be one of those cute tales about a strict teacher with a bad reputation that turns out to be a life changing mentor. No. Mrs. Gussie was a witch. To this day if I was in my car and saw her in a crosswalk, I'd seriously consider gunning it.

She looked so much like the Wicked Witch of the West that I used to find myself sitting in class kicking my heels together and whispering, "There's no place like home, there's no place like home..." And to make it even freakier, she had this flaming red hair that looked like her head was on fire. I used to fantasize that someone would throw a bucket of water on her to put it out and she'd melt away into the floorboards like the Wicked Witch she was.

I found out too late that the reason I was assigned to Mrs. Gussie's class was that I had signed up for band that year. All of the band kids were in her class. And three times a week we'd be excused to go to the auditorium to go practise with the district music teacher. The non-band kids would stay with Mrs. Gussie and she'd teach them singing. After our first band class, we returned to Mrs. Gussie's room and made the mistake of just walking in to return to our seats. She immediately began shrieking at us that we should never interrupt her singing class. We were to stand in the hallway when we returned and wait until she came to get us.

The next time we returned from band class, we stood obediantly waiting outside the door for ten minutes until she finally popped her head out and began shrieking at us for just standing there keeping the rest of the class waiting. Even at aged ten I realized she was a major whack job.

Every day was like that with Mrs. Gussie. I think she was bi-polar. I was terrified to set her off and I was one of the unusually well-behaved monkeys. I pitied the more spirited kids in the class, particularily Al Eichols. He was this weird, gangly boy who couldn't sit still and wasn't much on paying attention. Unlike other teachers who sent kids to the principal for discipline, Mrs. Gussie believed in cutting out the middle man. She kept a ominous looking paddle next to her desk. And almost daily she'd drag Al into the book room next to our class and we'd hear the sound of the paddle echo loudly down the hallway as Mrs. Gussie whaled away on Al's behind.

But oddly enough, Al would always come swaggering back into class with a big grin on his face followed by Mrs. Gussie with her eyes bulging out in anger that he wasn't crying after the paddling. Al became our Coolhand Luke.

It seemed like the longest year of my young life. I created one of those paper chains at home that you used to make to count down to major events by ripping off one of the links at a time. Only this time I was counting down weeks until I got away from Mrs. Gussie.

I still can't watch Wizard of Oz all the way through without twitching.
Posted by Time at 5:26 PM

ummm maybe now i better understand the basis for that other blog.. the monkey playing cymbals...

Tell me Tim ID what instrument did you play in the band??!!!

Ahhh...the morningstar appears on the horizon. There is nothing deep about the monkey playing cymbals. As he says all the time, sometimes a banana is just a banana.

I played clarinet in grade school, contra alto clarinet in junior high, contra bass and bass clarinet in high school (when I wasn't being drum major). I also played bass guitar in the jazz band and yes, there was a time I marched in the marching band with...cymbals.

Some people just don't get the Mank. I sure as hell don't. But he's fun to taunt and poke sticks at, so what the hell. (You just have to be ready to dodge).

I don't really remember any unusually mean teachers. Best I can come up with is our vice principle. For some reason the tips of his shoes always curled upwards. Maybe he lost some toes somewhere or bought shoes that were too small. It was a source of great amusement as the year progressed to watch as the curl became more and more pronounced.

I suppose I was easily amused as a child.

Squirrel,
I believe it is the fact that Mank has his own blog that throws most people off. I've suggested he write more about his feelings and post photos of pets to make him more mainstream but he simply starts banging his cymbals and shrieking. I think he is nuts (which would explain your interest).

Lights, I would say you haven't changed much since grade school.

Idaho, right? Yeah, I thought so.

Kristy,
Yes, Idaho. It was kind of like Kent is today. And it was the walking barefoot through the snow everyday to school that really got to me.

Dang she sounds like a freak. I often wonder who is watching the people who are watching our children. That lady no more needed to be in contact with children than Freddy Kruger. My worst teacher was 2nd grade and I swear if I saw her today I would beat the heck out of her. She would tape my mouth shut because my lips moved during silent reading. To this day I hate reading with a passion and sometimes I find myself reading, my lips moving and the panic sets in. She would scream and yell like nothing I had ever heard in my life. She would tell us to put our heads down on our desk and then as you went to lower your head she would slam it into the desk. If you were chit chatting with someone she would come up and bang your heads together. Damn it I hated that F*&*ing B*T*&!!! GRRRRRRRR Okay now I am in a bad mood. GROWLS!! Stupid teacher! I am going to go back and look at your talented picture enhancements. Have a great day and dont fret Ms. Gussie is probably dead now, worm fest!

Sorry Cherish, didn't mean to dredge up bad memories. Sounds as if you may have gone to Catholic School. Tess is a teacher (fortunately a good one). I remind her now and then how much influence a teacher can have over their students. Yours should have taught you to love reading and not ruin it for you.