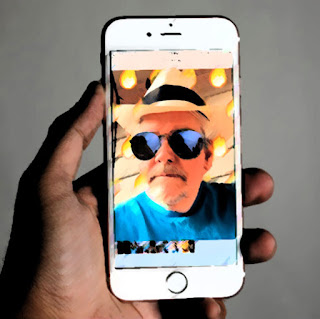 Self Esteem,  The Offspring

I watched a short video on Facebook this morning while waiting for my train. It was on a channel called Obsessions that is produced by the New Yorker.  This episode was titled Selfies, Millennials, and Narcissism. The premise was that the self-esteem movement of the 90s has led to a generation of depressed narcissists.

Social media has exacerbated this problem by making people think that everyone else is having a better time than they are. And the plethora of carefully staged and filtered selfies is further distorting people's self-image issues.

Though I would argue this is not a new problem. When I was growing up it was the fact that everyone in magazines, on television and in the movies were better looking and in better shape than I was. This was actualized by the fact that elite in my schools were always jocks and cheerleaders, elevated in social status because of their looks and physical abilities.
.My parents never subscribed to any parenting theories or education. They basically raised my brother's and I with only the examples of how they had been raised as a guide. Unfortunately my mother came from a family of 13 and was raised in poverty by an abusive father (he gave my mother the nickname "Fats") and a passive mother who by necessity delegated her parental duties to her older children. My father was the adopted child of older parents. His father was a no nonsense type who threw my father into a pond to teach him how to swim.

So, I wasn't raised to particularly think I was special or to think I could do anything I set my mind to do. If anything, I was raised thinking I should learn to stay in my place in society (lower middle class). I was not encouraged to strive for college. My parents only had high school educations. In fact my mother was the first in her family to actually graduate from high school.

Somehow I figured out in grade school that I wanted to go to college and the only way I was going to do that was get good grades and get a scholarship. That became my own motivation for excelling in school. When it came to apply for college, I quickly learned that just getting good grades wasn't enough. The only people who seemed to get full-ride scholarships were athletes. I got a college education nevertheless.

But now I have children of my own and yes, my wife and I have raised them to think they are special and can dare to dream to be anything they want to be. And college is spoken of as something that they will go to, not as a nice thing to do.

So I find it particularly disturbing that instilling children with self-esteem is now considered a way to set them up for disappointment and despair. If the New Yorker wasn't considered a respected news source, I'd be more likely to pooh pooh the video as just more negative hype.  I do believe that people are becoming more narcissistic. But it isn't just Millennials.  Look no further than the White House for proof that it isn't just younger generations.

I don't, however, think that the problem can all be attributed to trying to instill our children with confidence.  I think low self-esteem comes with its own set of problems. I do agree that social media has contributed to the problem. But it didn't create the problem.

As with everything in our age of technologically fueled information overload and instant gratification, all problems are magnified. Maybe people aren't any more narcissistic than they have always been. We just have a bigger forum to act it out in.

I don't think there is anything wrong with a person feeling that they are special or unique. Nor should people give up upon their dreams in favor of a pragmatic reality. I do, however, believe that people shouldn't feel entitled to get something or special treatment just because they want it.  Making dreams come true pretty much always requires a great deal of work and investment of time.

I wouldn't be the wildly successful blogger that I am today if I had just expected all this attention lavished on me without putting any effort in it.