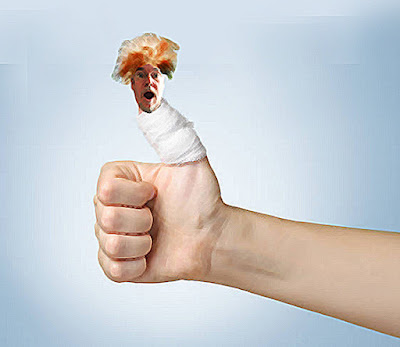 Okay, I've made the point in my last post that  I pretty much blend into the scenery. So I figured I probably should give "sticking out" some attention just to be fair.

Again, it's not that I want to stick out. I'm a card carrying introvert. Well technically my card says, Marketing Director, but trust me, I am by definition, an introvert.


Definition of introvert
1 : something (such as the retractile proboscis of some worms) that is or can be drawn in especially by invagination
2 : one whose personality is characterized by introversion; especially : a reserved or shy person who enjoys spending time alone

Okay, I don't have a retractile proboscis, so I am by the second definition above, an introvert. Though I wouldn't really characterize myself as shy, but I do like spending time alone. I hate crowds, meetings, flying coach on airplanes, standing in lines, parades, concerts, fairs, festivals, popular movies, or anything else that puts me in proximity to lots of people.

I'm not particularly fond of meeting new people, small talk, riding public transit or elevators, either. And I believe I've expressed a few times, my fear of those people who hand out samples in grocery stores.

I realize this makes me seem like a major whack job.


Ironically, as an introvert, there are times when I've had to stick out. I was a drum major in high school and marched at the front of the band wearing buckskins and a full feathered headdress (we were the Boise Braves). I've been known to participate in skits at staff meetings as well as been a speaker at many conferences. I probably would have made a pretty good actor. Because psychologically, when you play a character, you aren't the one really interacting with other people.

There were also times when I was younger that I rebelled against blending in and went out of my way to stick out. I grew my hair long, pierced my ears and got a tattoo. I wore cowboy boots to work and lots of rings. I wore Japanese baseball shirts (it was the 80s). About the same time (and I'm ashamed to admit it) I also had a hair style known as a "rat tail." It was a long tail-like chunk of hair you grew out in the back.  Later I even had a pony tail.

Although I am now well past fashion trends that make me stand out, I admit I don't mind wearing costumes at Halloween, especially ones that hide my face. I don't, however, like costume parties because I have this morbid fear of being the only one who actually wears a costume for the party because it wasn't really a costume party.

Because I am an introvert, there are times I overcompensate for feeling like I don't belong by making wisecracks. Ironically, this makes me stick out more as "that guy" who tells dad jokes and thinks he is funny.

After admitting to all of these past attempts to stick out, I think I understand why I now enjoy spending time alone.

In addition to being an introvert, I'm embarrassed at my lack of fashion sense.