In blogs they never hear you scream (well, almost never) 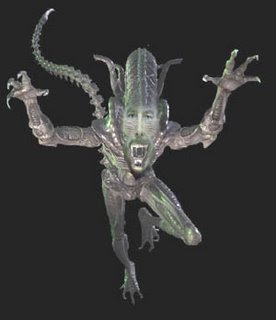 I scream,
You scream,
We all scream,
For ice cream.
--Billy Moll

I've written about screaming before. But to most people, blogs are like rivers. You generally jump into them at midpoint, and it takes too much effort to swim upstream to see where they've been. So trust me that screaming is not a new topic for me.

Many things make me scream inside these days. David Hasslehoff as a judge on a mindnumbing Amercian Idol ripoff called America's Got Talent is one of them. Under no circumstances would I ever associate David Hasslehoff with talent and having him judge other people's talent is a travesty. His fellow judges Brandy and some British twit who thinks he is Simon aren't much better. But then again neither is the "talent" America is supposed to have: Dave the Horn Guy, Bobbie Badfingers (a self-proclaimed "snappist") and Leonid the Magnificent (whose only talent seemed to be cross dressing and weeping).

The best talents were the child prodigies like 11-year old Taylor Ware, a self-taught yodeler who is in the finals and Natasha Le, an 8-year old classical pianist who finished just outside of the finals. Sadly I'm afraid Natasha was one of those poor stage kids driven by her mother to practice piano three hours a day. She will likely need therapy after having the British twit judge harangue her for making mistakes in her performance. She's 8-years old asshole. What talent do you have?

Other than bad television, the things making me scream inside are the usual things: diet, exercise and the "It's Groundhogs Day" quality of my job. Oh, the sideshow freaks that shop at my local Safeway have been good for internal screaming as well.

Other than that, life is pretty good.
Posted by Time at 10:06 PM

Hasselhoff is resing on his "Hooked on a Feeling" laurels. Cut him some slack.

Is Deadwood making you scream? I just finished Season II. I'm so jealous of people who are already into the 3rd season.

Admit it, Tim, you're a "I can't believe I'm watching this" junky. The more reasons you can find to despise the program, the more paralyzed your remote finger gets. Get help my friend. Use the force, Tim, use the force.........

As far as the silent scream goes, yes, I'm sure all of us have a virtual symphony of wailing going on inside, trapped in the darkness of our lives, our jobs, our obligations. Perhaps the Japanese unconsciously described it so sublimely when they coined the phrase KARAOKE (empty orchestra).

I'm starting to think that I did the right thing and didn't get cable. I hated american idol so I doubt i would like that show any better.

I understand that "Groundhog" feel you get at work. Civil service is notoriously monotonous and repetitive.

Kristy, Let's not start in about Hasselhoffenmist. And as Monty Python once said, Deadwood is like Bat piss. It shines out while all about it is darkenss.

THE Michael, I admit nothing. I can stop anytime.

Shandi,
Don't deny yourself. You want to watch. And you are dead on about government jobs.

Cringes at Hasselhoff, ewwwww! But hey, lets not forget the Miller brothers. Damn that kid can kick ass on the harmonica. It made me mad when they dissed his older brother and made the younger one cry. That was just mean. And made me wanna Screammmmm! :o)
Hugs,
gina

Right on Gina, Hasselhoff sucks. And I thought the same thing about the Miller Brothers. That kid can play the harmonica. There was no reason for the British judge to say that. It was just mean spirited.

I have never seen that show.

I wake up every morning and think Ground Hog Day!