I don't know nuthin' about birthing no blog... 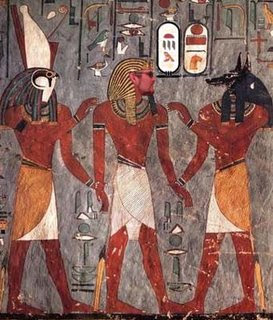 I don't think I started blogging two years ago with any purpose in mind. I wasn't even aware of the term "blogging" until, like many popular phenomenom, it was everywhere and I couldn't ignore it. This does not suprise me. I live in Seattle and wasn't aware of the grunge movement until it dawned on me that all of the people wearing flannel shirts here weren't just fashion impaired. By that time grunge had pretty much peaked and was in it's decline. It had happened all around me here in its birthplace and I was walking around oblivious still listening to Pink Floyd.

But what of blogging? Why do so many people do it yet it is still a mystery to most? And why do so many people start a blog and then freak out after a few weeks or months and run shrieking from their computers as if they suddenly woke up and discovered they'd become a Moonie or Jehovah's Witness (and if I've offended any of you Moonie's or Jehovah's Withness' out there, well tough shit)?

Maybe it is because a blog is just another form of self-exploration but with an audience. And it doesn't matter that most blogs never actually get read by more than a handful of people. It's the potential that millions could read your blog that I think frightens people. Even posting random crap like I do seems risky at times. Because for every person who thinks it's funny or creative, there is another person who thinks it's a sign of a seriously disturbed mind.

Blogging is a paradox to me. I don't take what I write seriously, but at the same time I do. It's not that I believe Camel Cigarette packs deserve serious study or that anyone should honestly believe I was King Tut or Edgar Allan Poe in a past life. What I take seriously is the creative process. Anything you create is like having a child. They are always more beautiful to their parents than to the rest of the world. And in the blog world, the baby looks remarkably like it's parents. The trick is making the rest of the world believe the baby is beautiful, too.